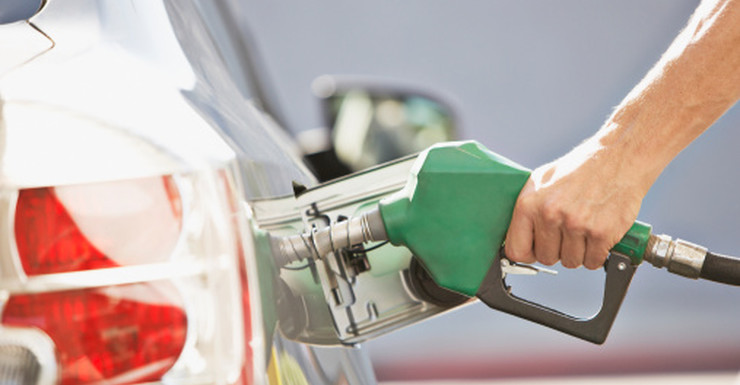 Petrol prices may jump at the wrong time for Australia

Australians have become comfortable with low petrol prices, but when they inevitably rise there will be little else to replace the ‘oil stimulus’.

There’s an air of uneasy calm in Australian markets at present.

March began with a deceptively strong GDP figure, which has been followed by a strengthening of the Aussie dollar and a small recovery in the share market.

I say ‘uneasy’, because outside of the bubble of Australian exceptionalism, things are getting scary – and as is so often the case, our next bout of market turbulence will be driven by external factors.

One factor that we’ve grown too comfortable with is cheap petrol, with prices ranging from around 95 cents to 120 cents a litre at the unleaded pump, depending on which city you live in.

Those low prices have been a boon for Aussie households in past months.

In just two years, then, the average household has found an extra $50 a month swilling about in their bank account – a kind of ‘oil stimulus’.

To put that in perspective, the average new mortgage nationally is worth around $450,000, meaning that a 0.25 basis-point cut to interest rates would save the borrower on a 25-year mortage about $63 per month.

So petrol has been giving the average household nearly as much financial relief as a single rate cut from the RBA – assuming those wicked banks passed every basis point on to the borrower.

There are three main factors that determine the price motorists pay at the pump, but the most important is global crude oil prices, which need to be converted to Aussie dollars to account for currency fluctuations.

The other two are fuel excise and taxes payable by petroleum companies, the cost of distribution and the mark-up at the retail service station.

Leaving the latter two aside for now, the benchmark international price affecting unleaded fuel in Australia is the ‘Singapore unleaded’ price, also known as ‘Mogas 95’.

In the past week, there have been signs the Australian dollar price of Singapore unleaded had bottomed, and will move higher in the months ahead.

Commsec wrote in a note to clients that in the past week “the almost 14 per cent lift in the Singapore unleaded price was the strongest gain in over a year. Even the heavy lifting Australian dollar has not managed to buffer the price gains”.

A note of caution, however. Picking global oil prices is as difficult as reading Vladimir Putin’s mind – and not unrelated, as the Russians, Americans, Saudis, Iranians and just about everyone else have been flooding markets with cheap oil for months.

Hopes that the global price war would end soon were dashed last week, when the Iranians pulled out of talks to find a coordinated way to lower oil output across producer nations.

Iran says it will talk soon, when its output is back at the levels it produced before US and EU trade sanctions forced it to cut production.

The big picture is about more than Iran, however.

The ‘price war’ is an attempt by least-cost producers, such as Saudi Arabia, to force higher-cost producers out of business – particularly in the US shale-oil sector. That strategy will, eventually, take its toll and shut down some firms.

So one way or another, prices will rise. Long-time markets watcher Ambrose Evans-Pritchard wrote this week, for instance, that: “The oil crash has muddied the waters and disguised the build-up in US [consumer] price pressures. This distortion will disappear by July or August.”

“The ‘base effects’ of oil could then start to kick in the other way, pushing up headline inflation as crude recovers [from $US35] to $US50 or $US60 by the end of the year – a plausible hypothesis as output rolls over in Russia, the North Sea, Nigeria, Algeria, and the US shale belt.”

This is where the oil price and Australian credit markets are related.

The RBA is currently holding steady at a cash rate of 2.0 per cent, with economists divided on whether it will cut again in 2016.

However, the ‘strong’ GDP numbers of two weeks ago have drawn attention away from two less-comforting figures: unemployment rose again to 6.0 per cent in the last ABS Labour Force figures, and disposable income per capita continues to fall.

In these conditions, the RBA is keeping further rate cuts as a live option.

Where that intersects with oil prices is that by year end, even if the RBA is cutting, the end of the ‘oil price stimulus’ could offset at least one rate cut.

Add to that an ongoing global squeeze on bank funding, and perhaps another whole rate cut could be gobbled up by banks trying to maintain net interest margins on their home loans.

Suddenly our central bank, with ‘200 basis points’ left to cut if need be, could be virtually dealt out of the game