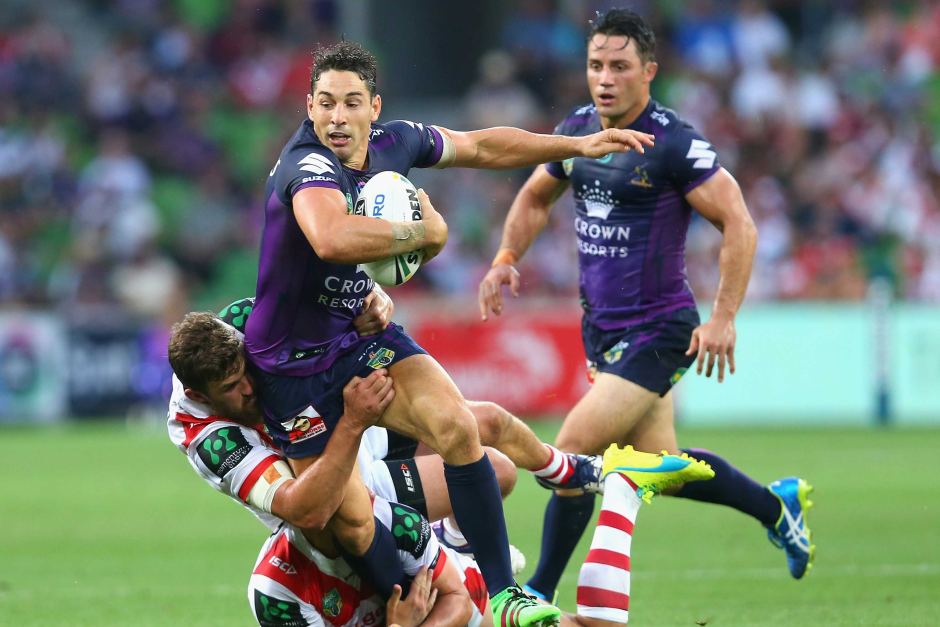 NRL round one: What wisdom have we gleaned from the opening week of rugby league in 2016?

Upsets, injuries, drubbings and tight victories — the opening round of the 2016 NRL season had just about everything.

Now that a new season is officially underway, we can look back and forward to see what wisdom we can take away from round one.

1. Aidan Sezer is just what the Raiders needed

Blake Austin and Aidan Sezer are both going to miss the next four to six weeks with knee and eye injuries respectively, but Canberra may have struck gold with this pair.

They led the Raiders to a first-round 30-22 victory over the Panthers, with Sezer's composed two-try effort on debut with his new club particularly impressive.

Coming off his breakout 2015, it remains to be seen what impact Austin will have after he returns from his medial-ligament strain, but if his running game can link with Sezer's brilliant kicking and ball-playing game regularly, the Raiders could become a lean, mean, green machine once again.

2. The Rabbitohs are back in contention (unless they're not)

It was a dominant display from the Rabbitohs on Sunday as they ran all over the Roosters at the Sydney Football Stadium.

The game was effectively decided in the first 20 minutes, and Souths probably wish the game had ended then as the next hour saw them lose half-back Adam Reynolds and back rower John Sutton to serious injuries.

Sutton is set to miss four months with a torn pectoral muscle, but it is the absence of Reynolds for six weeks to a broken jaw that could harsh their renewed premiership hopes before they have even started.

3. The Panthers continue to catch the wrong sort of breaks

Penrith has been a mess of busted knees, shoulders arms, heads, backs and just about anything a person can injure over the past few seasons.

And that trend continued on Saturday afternoon when hooker James Segeyaro left the side's loss to the Raiders early with a broken arm.

For a team with a shocking injury history that lost a brilliant back-up hooker (Apisai Koroisau) in the off-season, another long-term 'out' is the last thing they needed.

Photo: Roger Tuivasa-Sheck did not impose himself on the game as the Warriors lost to the Tigers. (Getty Images: Mark Kolbe)

Trust the Warriors to put on one of the most disappointing and exciting displays of the week.

Overestimating the Warriors has become a running joke in the NRL and they delivered the disappointment goods yet again in round one.

They went to Campbelltown on a high after a brilliant off-season, but the Wests Tigers leapt out to a 28-4 lead by half-time.

Never one to read the script before a take, the Shaun Johnson-led Warriors decided to pile on 22 unanswered points, before a late handling error gave the ball back to the Tigers, leading to James Tedesco's game-sealing try.

5. Not much of great substance

Photo: Just you shut your mouth ... It may not be overly productive to get too high or low on your team after one round. (AAP: Lukas Coch)

Look, we can analyse individuals after the opening round, but teams are a different beast.

Last year, the Broncos were pummelled by 30 points in the opening round, the Cowboys started the year 0-3 and the Knights started 4-0.

So do not dismay, Warriors fans. The first 80 minutes of your team's season could be no more reflective of the year as a whole than your bathroom mirror.