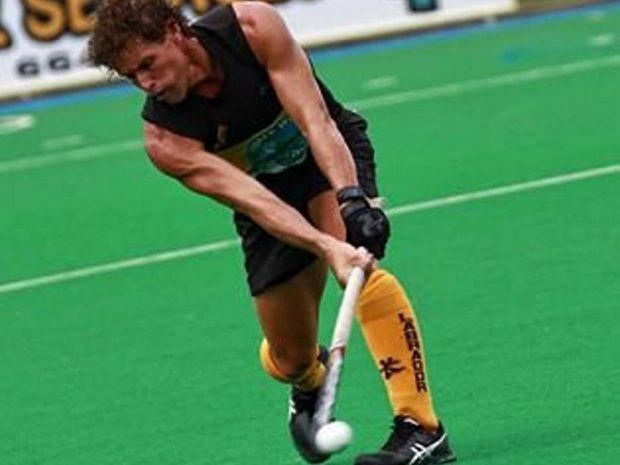 As the dust settled on another annual Mike Rowe-Dawn Scott Memorial Carnival, it was Olympic gold medallist Brent Livermore standing on his namesake turf holding the shield aloft.

Livermore brought his Labrador side down for the tournament to give them a feel for his hometown and the facilities here.

"It was good to be a part of that but also the opportunity to bring a team from out of town to see what Grafton has to offer was great," Livermore said. "It was a really good weekend and a great chance to get home."

"The Labrador boys definitely didn't expect [the facilities] to be that good. They had a great time and would love to see the competition grow to include more teams.

Livermore said his Labrador side utilised the tournament as a way to shake off the off-season cobwebs but also as a way to stay together as a group and get to know each other.

"We will be happy to come back next year," he said. "If we get it scheduled right our club will look at it as a really good pre-season opener.

"We only had our lower grade players there this year but in that sense it possibly was not a bad thing because I think a lot of teams were in the same boat.

"If they want to really create a nice pre-season tournament it would be better to have a lot more people want to be a part of it. There needs to be more incentive from a first grade, or A-grade, point of view to get those calibre of players involved."

Livermore was not the only former Grafton player in town with Jamie Want returning home with his Redcliffe side in toe.

"It was great, it was really good to bring the Redcliffe boys down to Grafton," Want said. "I played all my junior hockey in Grafton and then a couple of senior seasons for the Barbarians side.

"The boys from Redcliffe, some of them have not been past the border so they loved coming to Grafton. The facilities there and the way the Grafton association looked after us for the weekend was great."

Want's Redcliffe side went down 2-1 to Labrador in the final but he said it was a fun experience and both sides played in good spirits.

Grafton High Super Nines won the B-grade competition in a first past the post system.