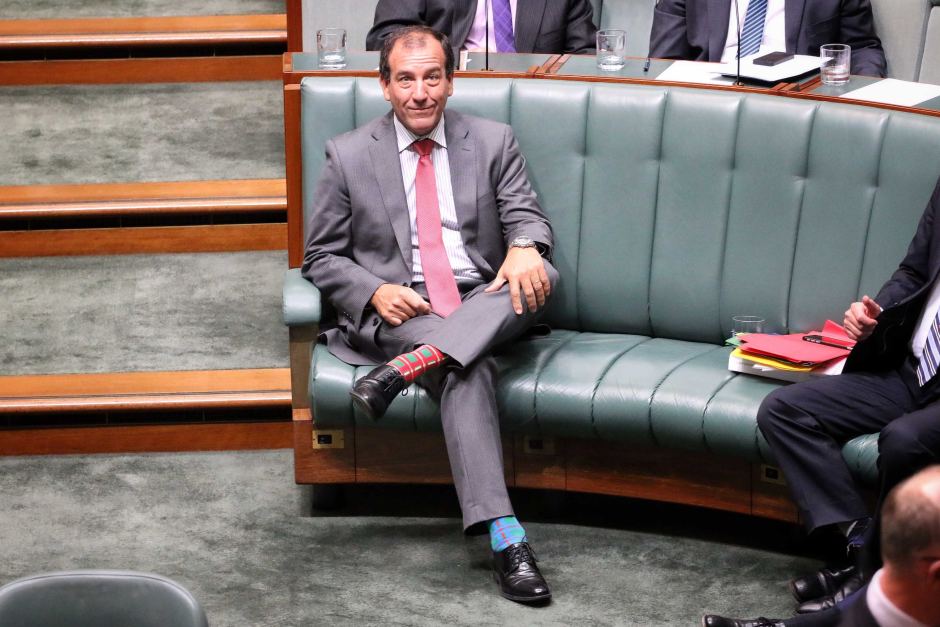 Retiring MPs including Bruce Billson and Mal Brough have rushed to deliver their valedictory speeches without family and friends present, as the House of Representatives effectively kills time waiting for the Senate to pass voting reforms.

The Upper House looks likely to sit late into Thursday evening, and possibly into Friday, as debate continues on measures which will make it more difficult for micro parties to get elected.

The Greens are supporting the Coalition's proposal, but are allowing full debate on legislation.

After Question Time, the Leader of the House of Representatives, Christopher Pyne, said the Lower House may have to also sit late.

"It won't surprise colleagues to know that the Senate are not being as helpful as the House of Representatives would like them to be," Mr Pyne said.

"The likelihood is that they will sit well into the night, into the early hours of the morning.

"My instinct is that we should continue to sit here in the House of Representatives and review the situation in the early evening.

"We'll probably then suspend the sittings until the ringing of the bells, which means we could either come back if the Senate does deal with the matter expeditiously tonight, which is unlikely, or we'd come back first thing tomorrow morning and deal with it briefly in the House of Representatives."

Billson says turning up to Parliament is 'the big time'

Former small business minister Bruce Billson was the first to take to his feet in the House, given only hours to prepare.

His final speech was laden with his trademark sense of humour, despite his wife Kate not having the time to travel to Canberra to witness it.

Instead, she sent him a single rose.

Photo: Bruce Billson said he "loved every minute" of his time in cabinet (ABC: Matthew Roberts)

Mr Billson paid tribute to Liberal leaders past and present whom he had served under.

"Being in cabinet of the Abbott government was an extraordinary honour and thrill, and I loved every minute of it," he said.

"And I apologise to my colleagues who thought I went too hard on the things I believed in, but down my way you go hard or you go home.

"The encouragement of prime minister [John] Howard, he was designated as my mentor, I just liked talking to him — the wisdom, the insights, the personal Feng Shui, beautiful."

Mr Billson said regardless of political persuasion, he admired all who are elected to Parliament.

"The world is run by people who turn up," Mr Billson said.

"Here is turning up big time, the work to get here is arduous and demanding but it's incredibly rewarding."

Indigenous suicide rates should be a wake-up call: Brough

The Coalition MP will retire at the next election, as the shadow of an Australian Federal Police investigation hangs over him.

The AFP are investigating his role in the alleged copying of the diary of former speaker Peter Slipper.

But Mr Brough focussed on his previous role, and told Parliament the death of a 10-year-old girl in Western Australia earlier this month should be a wake-up call.

"A little over a week ago, it was reported that a 10-year-old girl committed suicide," Mr Brough said.

"If that girl had been white, if she had been living in Sydney, Brisbane or Melbourne, it would have been worldwide news.

"It hardly made the news here, it didn't make our Parliament.

"That is a reflection on all of us."

Mr Brough faced criticism over his role in the Northern Territory intervention, when Indigenous affairs minister.

Shorten will be prime minister: Gray

Just hours after the former Labor resources minister Gary Gray levelled criticism at his party's stance on Senate voting reform, the West Australian MP used his final address to praise leaders on both sides of the House.

Former Coalition minister Ian Macfarlane addressed Parliament earlier in the day to slam what he sees as the denigration of Australian politics.

"Is it any wonder, when politicians regularly denigrate their political opponents and the media are only too happy to join in, that we now find ourselves being referred to in the general populus as clowns and this place as a circus?" Mr Macfarlane said.