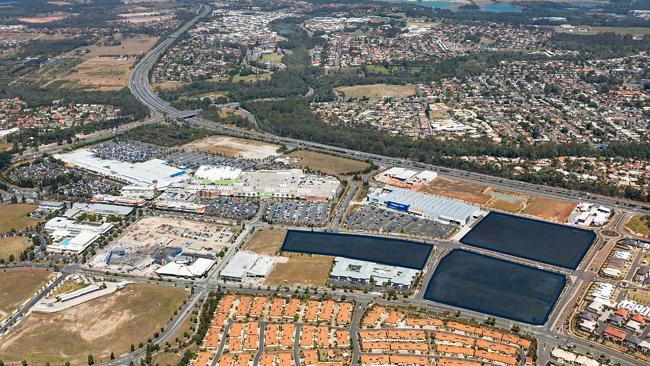 The first sod was turned today on a new $75 million retail development for North Lakes, which will support long-term employment and economic growth for the region.

Deputy Premier and Minister for Infrastructure, Local Government and Planning welcomed the start of works by developers Primewest, which will transform the 11,350 square metre location into high quality, large format retail space to attract a number of high profile brands.

“The first stage of North Lakes saw a number of high profile tenants move to the region including The Good Guys, Pillowtalk, Super Amart, PetStock, Baby Bunting and Godfreys, which have all reported strong trading in their first few months,” Ms Trad said.

“We are continuing to see rapid growth in the Moreton Bay region, and by 2031 we expect the population will have increased from its current 375,000 to more than 500,000.

“It’s important this type of growth is supported with job creation, and so I welcome Primewest’s vision to expand North Lakes’ already popular retail centre which will deliver long-term employment opportunities for the local community.

“Once the new Moreton Bay Rail Link and six new stations between Kallangur and Kippa-Ring open mid this year, it will be even easier for locals and visitors to the region to travel to and from the centre.

“Once opened, we also expect to see the Moreton Bay Rail Link act as a catalyst for further growth for housing, business and employment right along the rail corridor.”

He said demand for Stage Three was also well ahead of expectations.

“While Stage Two is very much large format retail, the third stage will be a more traditional retail centre,” Mr Schwartz said.

Two construction works, so they should be operational within a few months of each other.”

“We’re excited about what stage two of North Lakes will bring and what the future would hold for Super Amart in North Lakes,” Mr Burgers said.

Pillowtalk spokeswoman Helen Kerr said their store had seen strong support from both local customers and those from further afield as well.

“As North Lakes is still developing I believe we will develop along with the suburb and broader community and be a well-supported business in the local area,” she said.

Stage Two of Primewest’s North Lakes retail development is due for completion by late 2016. The third stage is expected to commence shortly afterwards, and be completed by early 2017.

Once finished, the project will provide more than 25,000 square metres of large format retail space at the heart of the North Lakes master planned community.