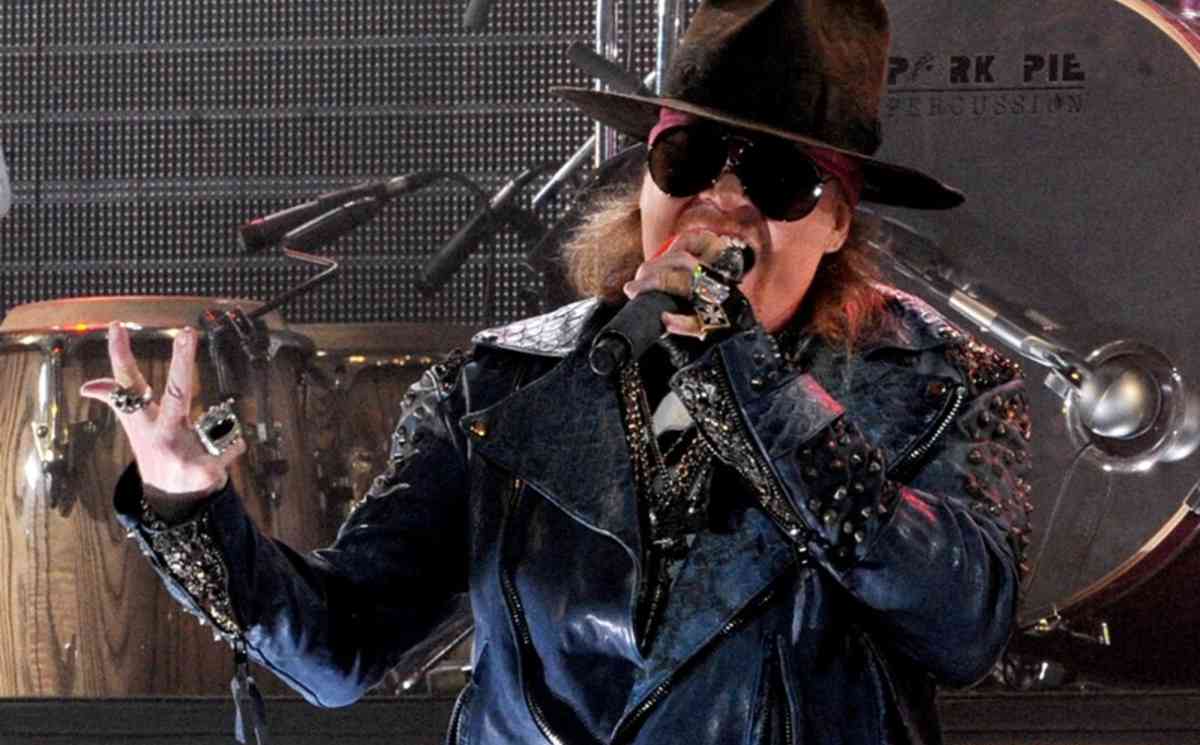 It seems the jig is up for AC/DC as their rumoured new frontman Axl Rose has been photographed emerging from a US recording studio with the Aussie rockers.

The Guns N Roses star has been touted as a potential replacement for singer Brian Johnson, who pulled out of AC/DC's Rock or Bust tour at risk of hearing loss.

Last week, Jason Bailey, a DJ for Atlanta Radio 100.5, revealed sources had told him that Rose was the frontrunner to replace Johnson.

'This is what I'm being told: Axl was meeting with the AC/DC group, because it's all but a done deal that Axl will front AC/DC for the 10 remaining shows. All 10, including Atlanta,' Bailey said on air, according to ultimateguitar.com.

However, the band and their representatives have neither confirmed nor denied the rumours, keeping quiet on the potential replacement.

Photographs have now appeared on entertainment website TMZ.com showing Rose leaving the same recording studio in Atlanta with members of the band close behind him.

AC/DC announced earlier this month that they would be rescheduling the 10 remaining dates of their US tour, explaining they would forge ahead with a new singer.

The band haven't been afraid to replace members in the past.

Angus' brother and fellow founding member, Malcolm Young, left the band in 2014 after the guitarist was diagnosed with dementia and was replaced by their nephew Stevie Young.

When drummer Phil Rudd was sentenced to eight months' home detention after pleading guilty to charges of threatening to kill, and drug possession, drummer Chris Slade was drafted in to play on the tour.

Johnson took over frontman duties in 1980 from singer Bon Scott, who died suddenly in London after a heavy night of drinking.

At this point, lead guitarist and founding member Angus Young is the last AC/DC original member.