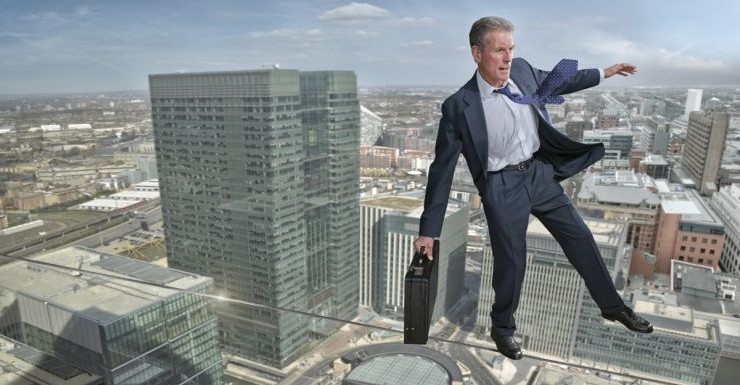 Results from the big end of resources and retail dominate this week with BHP Billiton, Fortescue Metals, Wesfarmers and Woolworths all reporting and pretty well wrapping up the profit season.

It has been a case of so far, not so bad, even quite good.

At roughly half time, with 47 per cent of companies comprising 61 per cent of market capitalisation having posted results, Citi's Quantitative Research team has the scoreboard reading 30 per cent beating earnings forecasts, 26 per cent below and 44 per cent in line.

AMP Capital's Shane Oliver has the score at 54 per cent beating expectations, with 68 per cent of companies reporting higher profits on a year ago — against the long-term average of 62 per cent — and 69 per cent raising dividends.

"The better-than-feared nature of the results to date has been reflected in 66 per cent of stocks seeing their share price outperform the market the day results were released."

There is a caveat though; there is still a way to go and good results have a habit of coming out early in the reporting season.

BHP Billiton's result will not be pretty; expect net profit to be down at least 80 per cent on last year's interim profit of almost $US5 billion.

The $US7 billion charge to US onshore oil and gas assets has been well ventilated, after BHP lowered its short and medium-term oil prices.

BHP conducts a bi-annual review of its asset values and it begs the question whether any other nasties will pop up in the result.

Morgan Stanley resources team — which recently upgraded BHP to a buy — said there was some potential for further impairment, although probably at the more modest end of the scale.

That is, of course, unless BHP capitulates on its commodity price assumptions, in which case investors better put on their hard hats.

The other big news will be the seeming inevitability of the shrinking Big Australian cutting its progressive dividend policy.

Deutsche Bank argued in a note to clients BHP will pull both the capex and dividend levers to maintain its A credit rating.

"It [BHP] can cut financial year capex to a reasonable $US5.5 to $6 billion — current guidance is $US7 billion — and cut the progressive dividend by 50 per cent or $US3 billion," Deutsche Bank said.

The broker said BHP could cut even deeper into capex — by another $1.5 billion — but argued that it would just damage the business.

"Cutting the dividend, in theory, does not change the fundamental value of the company, it is simply an allocation of cash," Deutsche Bank noted in maintaining its valuation of BHP at $20.27 a share.

"However, we think it would improve BHP's ability to make value accretive buybacks or pursue M&A [mergers and acquisitions] in oil and copper at this low point in the cycle."

Deutsche Bank is looking beyond the profit number — and dividend cut — in the results focusing instead on management's strategy to lift growth and returns.

BHP's smaller Pilbara neighbour Fortescue Metals Group has been punished like all the iron-ore miners, but its recent second quarter results showed an improvement, at least in an operational sense.

It cut cash costs and the capex budget, improved its mining efficiency and the quality of its product, all of which has boosted margins and moved Fortescue break even costs down to around $30 a tonne.

Net profit may even rise to around $400 million, which would be a pretty good effort in the current environment.

South 32 — the BHP spin-off of second tier assets — reports as well in what has so far been a short and less-than-prosperous corporate life.

Nothing to get excited about here — expect more talk of ripping costs out and there is potential for impairment charges to make for a pretty grim result.

Sales growth for all the big supermarket chains is less than thrilling as Coles, Woolworths and Aldi duke it out in a bare-knuckled price fight.

Morgan Stanley has been studying the checkouts and found Coles and Woolworths have cut prices by around 4.6 per cent, and Aldi by 1.2 per cent — so in relative terms, not much has changed.

As the supermarket space race continues — floor space growing at around 4 per cent a year — the immediate outlook is certainly challenging.

Wesfarmers is expected to deliver a first half profit a tad under $1.4 billion, or roughly what it produced this time last year.

Food and Liquor sales should be growing by a respectable 3.5 per cent, while Bunnings will be good for another 7 per cent or so growth.

Wesfarmers' coal operations — as opposed to Coles operation — will be a black spot and drag things down a bit.

Woolworths set its first half profit guidance of $900 million to $1 million back in October and has stuck by it ever since.

Most brokers are going for the lower end of the range which would represent a 30-per-cent drop on the previous corresponding period.

Credit Suisse has forecast zero like-for-like sales growth for Woolworths in food and liquor for the second quarter, which is hardly laying them in the aisles.

Credit Suisse also forecasts a considerable contraction in margins, which is unlikely to be appreciated in the investor community.

As well, the home improvement business — Masters — will most likely be booked in as a discontinued operation, incurring a rather nasty impairment charge in the numbers.

Harvey Norman, on the other hand, seems to be sailing along quite happily, driven by the strong tailwinds from the housing sector.

Executive chairman Gerry Harvey does not provide guidance but a half-year profit of around $170 million — up from $138 million last year — on sales growth of 7 per cent is a reasonable punt.

Qantas is popular tip amongst brokers to produce a pleasant first-half surprise with a profit of around $920 million, at the top end of its guidance range.

Whatever the number, the carrier will certainly gain altitude from last year's $200 million profit and the $235 million loss back in 2014.

Sydney Airport traffic statistics certainly point to a strong results and international growth and tumbling fuel prices are doing their bit as well.

The consensus view is the globally focused insurer QBE will roll out full-year profit of $US850 million, which would be up on last year's $US821 million.

But as always with insurers, there are many complicated and messy bits that make up the bottom line.

So far the domestic insurers — Suncorp and IAG — have suffered from poor investment returns as much as natural disasters.

Mark-to-market downgrades on asset values could drag down the second half performance while policy renewals may be weaker than expected.

Will wage growth and capex crawl off the mat?

The week's economic highlights will be two of the domestic economy's lowlights: wages and private capital expenditure.

While employment has remained solid, wages and capex have been missing links in non-mining business indicators pointing a broadly robust economy.

Capex and the associated expectations survey, due Thursday, have been variously described in previous quarters as appalling, dismal and recessionary.

The forecast this time around is for a 1-per-cent contraction, which does not sound great but means things are getting worse at a slower rate than the 9-per-cent fall in December.

Wages growth while not dismal, could be described more accurately as flat to moribund at 2.3 per cent year-on-year.

It probably will not get worse, but don't expect it to get better in the short-term at least.

US GDP growth is likely to revised down again, from the current estimate of 0.7 per cent to 0.5 per cent.

Unofficial reading of manufacturing activity in the US, Europe and Japan will be released as well and all are expected to show expanding — if not thriving — activity.