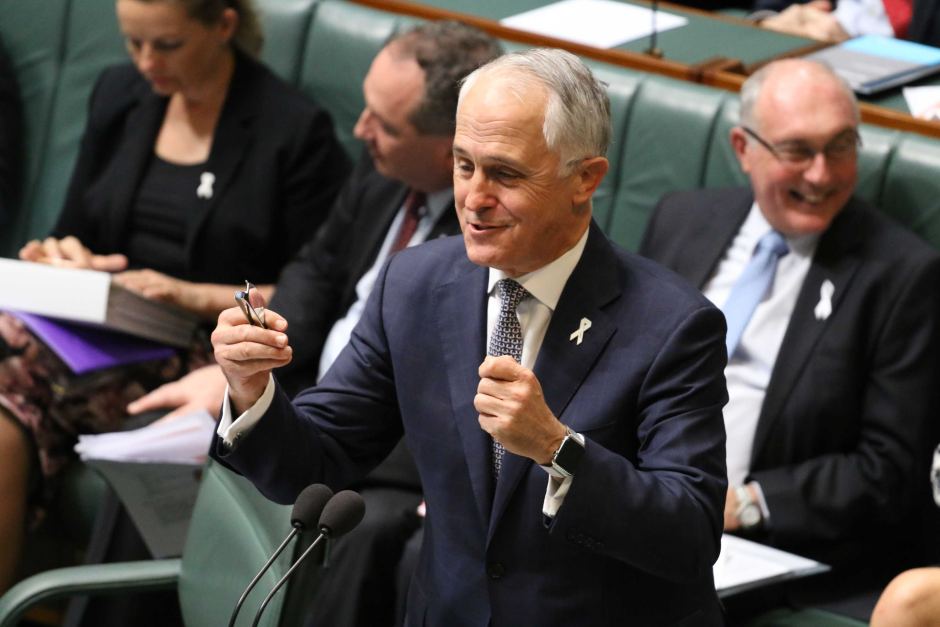 Support for the Turnbull Government has dropped to its lowest level since the ousting of former prime minister Tony Abbott, according to the latest Newspoll.

Labor has drawn level with the Coalition on 50–50, two-party preferred, with support for the Turnbull Government dropping three points.

The result, based on more than 1,800 interviews conducted on Sunday, fell within the survey's 3 per cent margin of error.

Labor gained just one point in the primary vote, still lagging behind the Coalition 43–35.

The Greens and others also gained one point apiece, moving up to 12 per cent and 10 per cent respectively.

These figures represent a fall of four points for Mr Turnbull, with Mr Shorten gaining one point.

Twenty-four per cent of those polled were uncommitted, up from 21 per cent last month.

Satisfaction with Mr Shorten rose three points to a four-month high of 28 per cent, while dissatisfaction fell to 57 per cent.

The poll also said 47 per cent of voters favoured Labor's proposed changes to negative gearing, while 31 per cent were opposed.

Forty per cent of Coalition supporters polled supported the policy, compared to 46 per cent against.

Sixty per cent of Labor supporters backed the policy, as did 50 per cent of Greens voters.

Immigration Minister Peter Dutton said Australia was now facing the prospect of a Shorten-led government, which would mean a fall in house prices under Labor's negative gearing policy.

"The polls are always going to tighten, and the prospect of Bill Shorten leading the country is now in play," he said.

"I think Australians will get to further appreciate what that would mean for our country.

"It means that house prices will devalue under Bill Shorten."

Opposition MPs countered that Mr Turnbull had failed to meet expectations, with Labor frontbencher Tony Burke saying his popularity was starting to wear off.

"Now we see the only thing that has changed is Malcolm Turnbull himself," Mr Burke said.

"All the things that people used to like about him he doesn't do anymore, and he's much more interested in a straight 'pick up the old slogans from Tony Abbott and just argue those'."