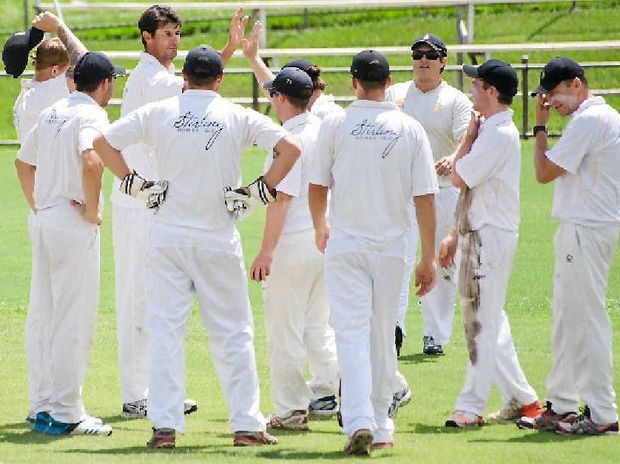 Despite losing both opening batsmen, the Gympie Gold XI is still in the running for a home semi-final at stumps on day one of the team's final round fixture against Caboolture.

With a flat Albert Park wicket, the Snakes elected to bat after winning the toss, but their plan backfired and they lost their top order cheaply due to some sharp Troy Ashton bowling.

The snakes however were able to salvage their innings, thanks to some flashy lower order batting.

Tom Lorenz and Matt Anderson were the pick of the visitor's batsmen, scoring 18 and 77 runs respectively.

Gold captain Josh Brady told The Gympie Times that although his team is two wickets down, he is happy with how his bowlers performed.

"Caboolture are a very good all round team.

Gympie will hope for a dry week when they resume their innings this Saturday so as to take full advantage of the Albert Park pitch.

The match is a must win for both sides as they fight for a home semi- final.

Regardless of the outcome of this match, the Gold will face the Snakes in week one of the finals but the result will determine who has to travel.

"If we bat well, we will be in with a chance," Brady said.

In the only change to the team line-up, Brycen Mitchell will replace Shaun Savage, who will be unavailable on the second day of play.

The match will resume at Albert Park this Saturday, February 27.