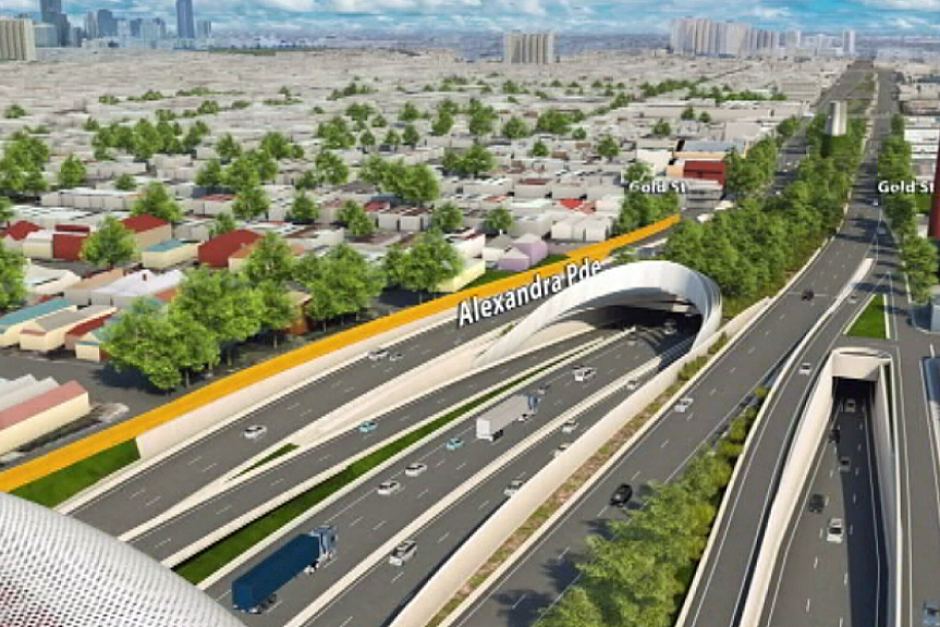 Infrastructure Australia report: Scrap rego fees and fuel excise in exchange for charging for road use

Vehicle registration fees and fuel excise charges could be abolished to make way for a user-pays road system if the Federal Government adopts the recommendations of a landmark infrastructure report.

The report included nearly 80 recommendations that could boost the economy by an estimated $40 billion and leave the average household about $3,000 a year better off.

The report recommended a public inquiry, possibly led by the Productivity Commission or Infrastructure Australia, into the existing funding system for roads and the development of a user-pays model for motorists.

"The existing approach to charging for road use is not well understood by users," the report said.

"Many users see roads as free, or at least free at the point of use.

"Fuel excise is charged at the fuel pump, but is not disaggregated from the per-litre cost, nor displayed on the fuel docket in the same way as the GST.

"Together, these factors further the misconception that roads are free and create public perceptions that reform is about new taxes rather than fixing the current flawed charging system."

The report said almost three quarters of Australia's population growth was projected to be in the four largest capital cities — Sydney, Melbourne, Brisbane and Perth — and that would place pressure on urban infrastructure that was already subject to high demand.

Prime Minister Malcolm Turnbull has welcomed the report, saying infrastructure is "absolutely critical" to Australia's success in the 21st century.

"The innovation nation needs the infrastructure to support it, right across the board," Mr Turnbull said.

"I have brought the cities task group into my department, right into the heart of the Government, into Prime Minister and Cabinet, because it requires a whole of Government response.

"We are determined to make sure that we provide Australians, particularly in cities, large and small, with all of the support they need."

Infrastructure Australia identified 93 priority projects across the country, including new metro rail systems in major cities, but it warned current spending levels were insufficient to meet those needs.

One of the priority projects was Melbourne's dumped East West Link road project.

The report found the east-west corridor to the north of Melbourne's CBD is one of the city's major congestion challenges, with a delay cost of $73 million.

The Andrews Government scrapped the East West Link after it was elected in 2014.

"Now that IA has identified a large list of projects that Victorians did in fact vote for, that are supported by business cases, we'll be proceeding with those and not the dud East West Link," he said.

"The business case produced by the previous government makes it clear that the East West road failed to deliver the traffic solutions to that east-west congestion."

But the Victorian Opposition's treasury spokesman Michael O'Brien said the report showed the Andrews Government was making a mistake.

"Infrastructure Australia is clearly saying the East West Link is a top priority," he said.

"It's needed now, and Mr Andrews should swallow his pride, apologise to Victorians for the money he's wasted, and put East West Link back on the table."

Improving Adelaide's public transport system, including reinstating a tram network throughout the city, was listed as a priority, along with upgrading sections of the north-south road corridor through Adelaide and sealing the Strzelecki Track in north-east South Australia.

The report said Sydney's 2.1 million workers were expected to increase to 2.8 million by 2031.

About two thirds were expected to work in the city's "Global Economic Corridor", which extends from the airport and the CBD and north to Macquarie Park.

Unless new transport infrastructure was built to service those areas, 42,000 potential jobs would be unrealised by 2036.

Priority projects identified by the report included the Sydney Metro rail project, with a high-frequency connection from Chatswood to Bankstown via the Sydney CBD.

Upgrading the M4 motorway from Parramatta to Lapstone was also on the list, as well as stage three of the WestConnex road project, connecting the M4 to the M5.

University of Tasmania 'should expand into cities'

In Tasmania, the report backed an expansion of the University of Tasmania (UTAS) into the centre of Hobart and Launceston, and a new science and technology hub for UTAS in Hobart to make room for an extra 4,000 students.

Vice chancellor Peter Rathjen said a site had been selected in Hobart's CBD for the development.

"It's part of our endeavour to bring the life and vitality of the university into the Tasmanian cities to raise the profile of education, to link expansion of education with economic opportunity for Tasmanians," he said.

The report recommended the project be carried out within the next five years.

Mr Rathjen said it was significant that it had been recognised by the national infrastructure body as one of 100 projects to be completed in the next 15 years, but there was no direct funding attached to the report.

"It's the only education-driven project on that list, and it speaks to a new way of thinking about how you can use education to support civil and economic opportunity," he said.

The second stage of the Gold Coast's light rail project in south-east Queensland was highlighted as priority, as was Perth's Forrestfield Airport Rail Link.