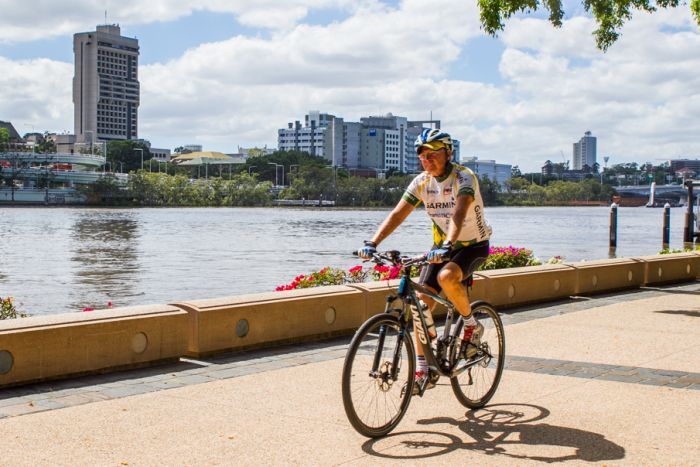 Bike bells the focus of police crackdown on cyclists around Brisbane, Rest of Queensland next ?

Brisbane cyclists should check their bikes to ensure a bell is fitted and working after Queensland Police fined a number of people at Mt Coot-tha this week.

A police operation at the base of the popular hill saw riders pulled over and fined for not having a bell.

Four separate $117 fines were issued at a number of locations in the area under the Queensland Road Rules.

Senior Sergeant Mick Stevens, officer-in-charge at the Road Policing Unit at Indooroopilly, said the legislation stated that a working bell must be fitted.

Everyone is required to maintain their vehicle or bicycle in accordance to the legislation, just as a car has to have a working horn.

"An example of that is along the bikeways and walkways we have across Brisbane where pedestrians and cyclists mix in the one area.

"When a cyclist is overtaking or going past a pedestrian they should give a toot on the bell to let them know we're going past."

Sergeant Stevens said his unit had fielded many calls from pedestrians complaining about the lack of warning.

"Over the past 12 months I've had many complaints from pedestrians indicating that cyclists aren't doing that and are causing accidents where they are running into pedestrians," he said.

Many cyclists choose to use a vocal warning instead of a bell, yet Sergeant Stevens said that was not enough.

"It needs to be a bell or a horn warning," he said.

"The same as cars and motor vehicles, they're required to meet certain standards.

"Everyone is required to maintain their vehicle or bicycle in accordance to the legislation, just as a car has to have a working horn."

Sergeant Stevens said many car horns were tested when pulled over for random breath tests.

"We do a vehicle inspection then also and my officers check all aspects of the vehicle, including the horn," he said.

"We have to attend to everyone and to all a matter of driving offences," he said.