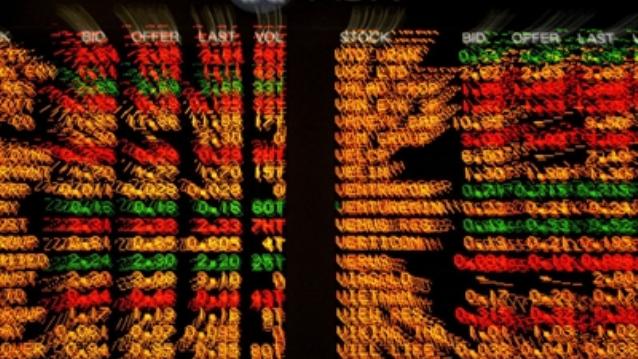 The Australian share market has lost another $25 billion in value, backing up a $42 billion slump yesterday, on a continued bank sell-off.

Banks were again leading the falls, despite a modest gain of 0.4 per cent for Australia's largest lender, CBA, on its $4.6 billion half-year profit.

Bank of Queensland backed up an 8 per cent share slump yesterday with another 6.4 per cent slide to $10.91 today, while Bendigo and Adelaide Bank also lost another 5.25 per cent.

Investment bank Macquarie was off 2.7 per cent to $59.

Oil and gas firms were the other sector in the firing line - and it is in large part their debts to the banks that have put the financial sector under intense selling pressure.

West Texas crude was down to $US27.91 a barrel overnight and Brent is clinging to levels just above $US30.

Other commodity producers were also being sold down.

Even gold producers were on the nose today after their stellar run over the past couple of weeks.

The Australian dollar remained stubbornly resilient against the greenback at 70.4 US cents.