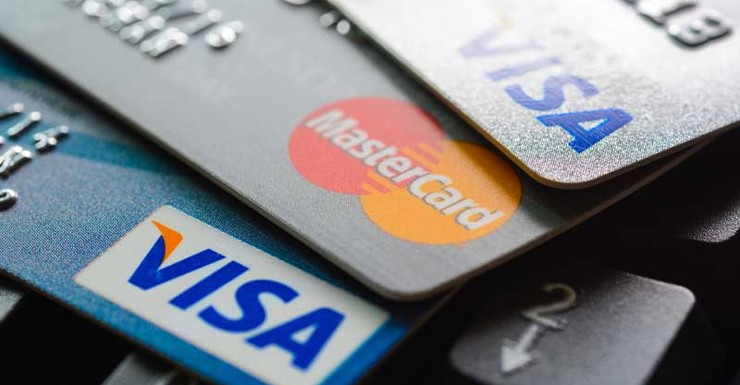 Legislation passed in the Senate means companies charging excessive credit card surcharge fees can be fined up to $108,000.

Airlines, event ticketing groups and taxi firms are prime targets of new legislation aimed at cracking down on companies that charge their customers excessive surcharge fees for using their credit card.

The legislation was passed in the Senate on Monday and gives the national consumer watchdog, the Australian Competition and Consumer Commission (ACCC), the power to levy large fines on corporate offenders.

In submissions to the Reserve Bank of Australia, which is in the process of setting what level of card fees merchants will be allowed to charge, Australia’s commercial airlines companies were singled out as being the worst offenders in charging excessive surcharge fees.

But those days should soon be over, as the ACCC will have the authority to hit airlines with a $108,000 fine for every contravention of the RBA’s fee guidelines.

The rule changes follow recommendations in the Murray financial system inquiry to overhaul and tighten up the existing credit card surcharge fee laws so consumers could be afforded better protection from fee gougers.

Cabinet minister Simon Birmingham told the Senate on Monday some merchants were using credit card fees to squeeze higher profits out of customers, with surcharges of 10 per cent or more in some cases.

The new laws would provide savings to everyday Australians, he said.

“What we’re targeting here are misleading payments where consumers face a fee allegedly associated with conducting a purchase by credit card that is indeed not a genuine and real and accurate reflection of the cost of that fee,” he said.

Tackling the airlines and others

Consumer advocacy group CHOICE, which has been lobbying hard against exorbitant card surcharge fees, welcomed the passing of the legislation, adding that companies have been slugging consumers with surcharges 1000 per cent above the cost of processing their credit card payments.

“Airlines, ticketing companies and taxis are among the many businesses that have for years punished consumers who pay with credit cards,” said CHOICE spokesperson Tom Godfrey. “Even when faced with an earlier RBA ban, these corporate profiteers ignored the rule and continued to inflict pain on our hip pockets.”

CHOICE’s recent analysis found that airline Qantas had been levying a $7 card surcharge on a cheap flight, equating to a 349 per cent mark-up on the processing cost of the transaction, and an $8.50 Jetstar fee represented a 1188 per cent fee mark-up.

“We are delighted that the ACCC has finally been given the power to investigate if a surcharge is fair and issue infringement notices of up to $108,000 for companies that don’t play by the rules,” Mr Godfrey said.

“While we have new laws on the books, they won’t come into effect for some months, when the Reserve Bank finalises regulation. Until then, CHOICE will be shining a spotlight on those companies who take advantage of this last window to gouge their card-using customers.

“It couldn’t be clearer that the age of sky-high surcharging is over. So we are calling on companies like Qantas and Virgin to act in good faith and to end the pain by ditching their dodgy surcharges ahead of the laws taking effect.”

An ACCC spokesman said the regulator was working closely with the RBA, which has been consulting on the standards that will give effect to the legislative restrictions.

“The RBA is currently finalising the content of the standard, and implementation timing will depend on the RBA standard,” he said. “The ACCC’s role will be to enforce the restrictions on excessive surcharging.

“We will look to provide guidance to businesses and consumers about the ACCC’s approach shortly and to be supplemented when the RBA consultation on its standard is finalised.

“The ACCC considers this new enforcement role will improve protection for card users, and help to ensure fairer outcomes.”

The surcharge laws passed with the support of Labor and the Greens, although the minor party failed in its bid to amend the bill to crackdown on excessive ATM fees as well.

Greens senator Peter Whish-Wilson hit out at banks “gouging” consumers for accessing their own money.

He said that consumers were being charged between $2 and $3 for using ATMs, even though it only costs the bank 77 cents to process the transaction.

Senator Whish-Wilson added that banks were making $600 million every year from ATM fees, describing it as one of Australia’s biggest rorts.

Senator Birmingham said, unlike credit card surcharges, the Murray inquiry made no recommendations around ATM fees.

They were two separate issues and it would be wrong for lawmakers to take action without adequate consultation, he said.