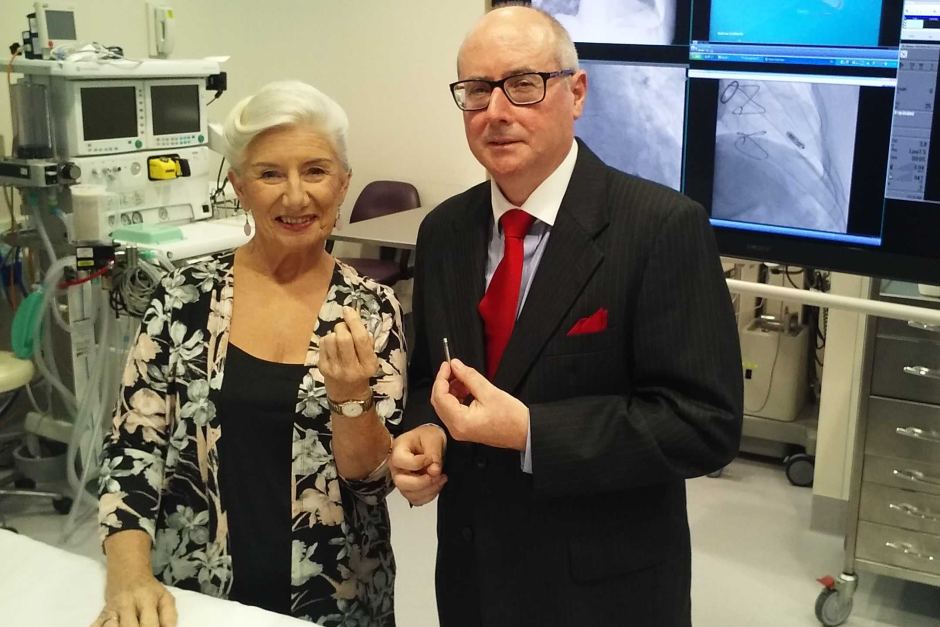 Heart patients trialling the world's smallest pacemakers at a hospital in Brisbane have praised the technology as "life-changing".

The new devices are only a fraction of the size of current pacemakers and require less invasive surgery to implant.

Director of cardiac electrophysiology at Brisbane's Princess Alexandra Hospital, John Hill, said that despite being the size of a large vitamin and weighing less than a coin, the devices delivered all the heart rhythm benefits of current devices.

"I think this is the most exciting development in pacemaker technology in nearly six decades of pacemaker implementation in humans," Dr Hill said.

The Princess Alexandra Hospital has been the global trial leader for the micro-technology.

So far, 14 patients have been implanted with the smaller pacemakers.

Grandmother Madeleine Johnston, 74, said the device had changed her life.

"I had a very low heartbeat and it was quite erratic actually and my cardiologist got a little concerned about that," Ms Johnston said.

"It has made such a huge difference and now I have a new lease on life … I felt like a new person."

Conventional pacemakers consist of a wire and a "can" housing a computer and large battery.

They are inserted into the wall of the chest under the collarbone and down into the heart using x-ray.

The new devices are less invasive and are inserted into the groin and steered up into the heart through a tube.

Photo: A pacemaker from the 1970s (left), the conventional type used today, and the latest leadless device being trialled in Brisbane. (ABC News: Andrew Kos)

The lack of a wire reduces potential problems.

"We can sidestep many of the complications of the ordinary pacemaker system from infection, pain, shoulder problems, cosmetic issues," Dr Hill said.

"We are also removing the risks of leads becoming damaged or malfunctioning, puncturing a lung or even damaging the heart valve."

Conventional pacemakers can stimulate up to three of the heart's four chambers.

At this stage, the new devices are only suitable for those requiring the stimulation of one chamber — around 10 per cent of patients.

Dr Hill said they were being developed so that more than one chamber could be stimulated.

The technology will need to be approved by the Therapeutic Goods Administration before being rolled out to other hospitals across the country.