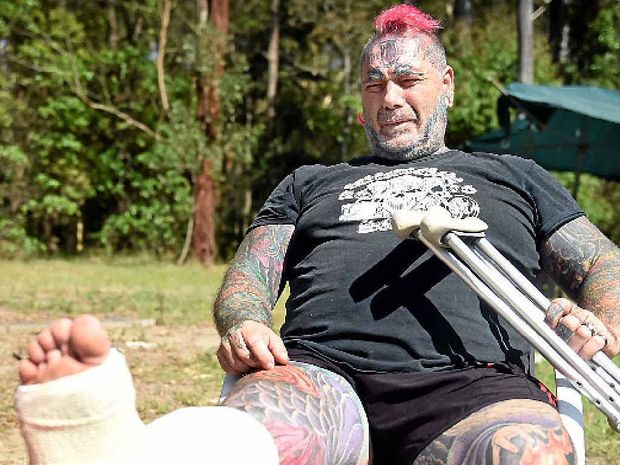 Known for raising over $100,000 for Heart Kids, Tony now has his eyes on some big goals for cystic fibrosis - after he recovers from his injury of course.

"I broke my ankle on my first day of fundraising," Tony said.

"I fractured my tibia and my ankle exploded and I need a reconstruction so I'll be out for three months.

"I do want to hit the $100,000 for cystic fibrosis in four years after I get past my little setback."

Tony said it had been inspired by a young fighter who was battling the illness.

"I've met plenty of young kids that were crook many times through my journey but nobody caught my heart like little Chloe - she stood out in the crowd," he said.

"I was at a fundraiser and they were trying to raise money to get a vest that gets the gunk out of the lungs. They couldn't raise enough money and I went and met her and she was an angel and made my heart melt and I decided to do it for them."

Tony said it wasn't until he started researching cystic fibrosis that he realised how terrible it was.

"I didn't know much about it but the more I looked into it I discovered it was a hideous thing and I didn't realise how devastating it was. They basically have to have lung transplants if they have any chance of survival."

Tony said some time spent in hospital wouldn't prevent him from trying to fundraise.

"I'm selling Australia Day pins and I'll be taking a can and rattling it at the hospital for anyone to donate - doctors and all," he said.