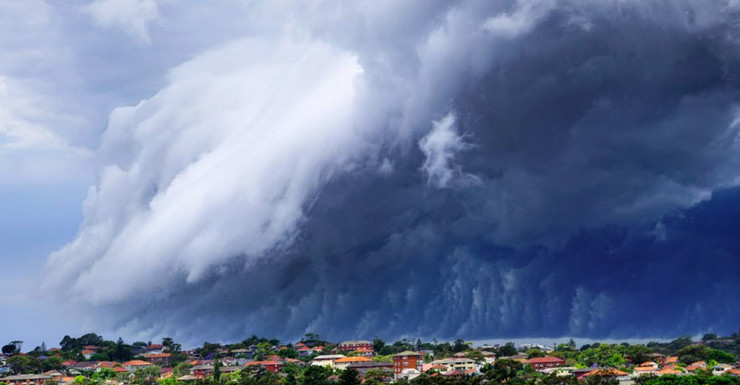 Super skies remain cloudy as A superannuation storm is brewing

A superannuation storm is brewing, but experts can only guess on when it will hit.

Views are divided on whether the federal government will announce any changes to superannuation legislation ahead of this year’s election.

But regardless of the likely timing of any amendments, most industry and financial experts believe major changes to the superannuation landscape are inevitable and will invariably revolve around tax rates and contribution limits.

These include the potential scrapping of the flat 15 per cent tax rate on superannuation contributions, replacing it with a scalable tax rate based on income and a reduction in after-tax contribution allowances.

“The government made it clear that it would not make any unannounced detrimental changes to superannuation in its first term,” said Pauline Vamos, chief executive of the Association of the Superannuation Funds of Australia.

“There’s nothing to suggest that will change.”

But Ms Vamos said if any super change was to be announced in the upcoming May budget, it should revolve around the government reversing its policy on lost contributions.

From January 1 this year, the threshold for transferring unclaimed superannuation to consolidated revenue was lifted from $2000 to $4000, and it will rise again to $6000 from next year.

Allan McKeown, CEO of wealth management group Prosperity Advisers, confirmed he has been advising some of his clients to take action on their superannuation ahead of the federal budget.

“The federal government has been sending plenty of signals regarding major changes to superannuation. The most likely time to announce any changes will be in the upcoming May budget,” he said.

The prospect of an increase in the tax rate payable on superannuation contributions by higher income earners from the current level of 15 per cent is an area of hot discussion in financial and political circles.

But wealth management lobby group, the Financial Services Council, has called on the government not to tax Australia’s superannuation savings harder but to review how best to deliver better retirement outcomes to lower and middle income earners.

“While the government hasn’t yet spelled out what it wants to do with tax treatment of superannuation, if there are changes, we urge close consideration of options which deliver better retirement savings outcomes for the majority of Australians, those in the lower to middle income groups,” said FSC chief executive Sally Loane.

“The government needs to be very careful it doesn’t sacrifice national retirement savings to appease calls for more taxation on super. Options that leave Australians worse off in retirement and even more dependent on the age pension should be discarded.”

One potential change on the drawing board could be a winding back of the current allowances for individuals to make large after-tax contributions to super. Also known as non-concessional contributions, current legislation allows an individual to contribute $180,000 in their super account every year.

What’s more, under what is known as he “pull-forward” rule, an individual can put in $540,000 – the equivalent of three years’ worth of contributions – in one hit.

Mr McKeown said the level of non-concessional contributions had increased significantly over the past 12 months, and he was advising any of his clients in a position to make a large contribution into their super to do so before the May budget.

According to Ms Vamos, the non-concessional limit should be “at least halved” as only the very wealthy can afford to make such large contributions into their super.

“In the short term I don’t think there will be any changes as the government won’t want to scare people ahead of the federal election.”

While changes are probable down the track, he said the government was unlikely to introduce retrospective legislation that would impact retirees.

“If you are over 60 years of age and in pension phase I expect you will continue to pay no tax on your income,” he said.

“The big challenge will be putting more money into super if contribution levels are reduced. And any moves to push out the superannuation preservation age and entitlements to the age pension will mean most people won’t be able to afford to retire.”