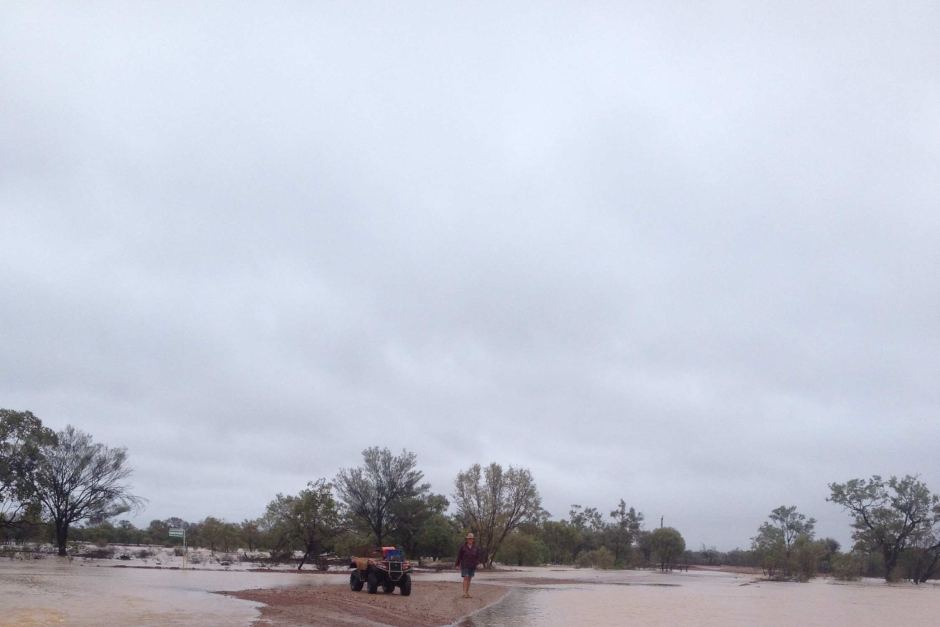 El Nino, known for its association with severe droughts, peaked in mid-December and is now on the wane.

The event's influence over rainfall in summer is variable, as both wetter and drier summers have been observed in past events, according to the Bureau of Meteorology.

This El Nino has been one of the strongest on record, one of the top three in the past 50 years.

Manager of Climate Services Andrew Watkins said it had caused a dry winter and spring, but the summer often brought wet weather associated with the tropical north.

"We did have in the seasonal outlook for January, a wet area for inland Queensland and northern South Australia around Lake Eyre, where we've seen some of the most unusual rainfall for this time of year," Mr Watkins said.

"I was surprised when I saw the model last month, but it does seem to have come true for a number of those areas."

Dr Watkins said this was a combination of the end of El Nino and summer variability.

"Once El Nino has peaked, we often do start to see rainfall occurring.

The latest Bureau of Meteorology rainfall outlook for January to March shows rainfall could be higher in north-east New South Wales and south-east Queensland, but average for most of inland Australia.

In Victoria the heaviest rain was recorded in north central districts, with Greytown receiving 79mm for the 24 hours to Monday morning, twice the average for January.

Heavy rain fell over parts of Queensland in the central-west, Channel Country, Maranoa and Warrego districts at the weekend.

There is a major flood warning on the Bulloo river at Quilpie, after 50-100mm fell in the catchment.

Moderate flooding alerts are on the Barcoo and Cooper Rivers, particularly at Windorah, and minor flooding is forecast for the Georgina at Marion Downs and the Paroo river.

Moruya on the NSW south coast had the heaviest falls for the state, recording 131mm for the 24 hours to 9am Monday.

Further storms are forecast for the south coast of NSW, with flood warnings for Batemans Bay to Braidwood.

In Walgett, the highest rainfall recorded for inland NSW, only 21mm was recorded.

The flooding rain is not only patchy, it is no real surprise to climatologists, but the El Nino is still delivering warmer day and night time temperatures.

The variability of Australia's climate is expected to worsen under climate change, with wild swings between wet and dry years.

"This kind of extreme El Nino event normally lasts until April, May, and then we will see the system switch to conditions that are developing towards a La Nina in, say, June, July, August," Dr Wenju Cai said.