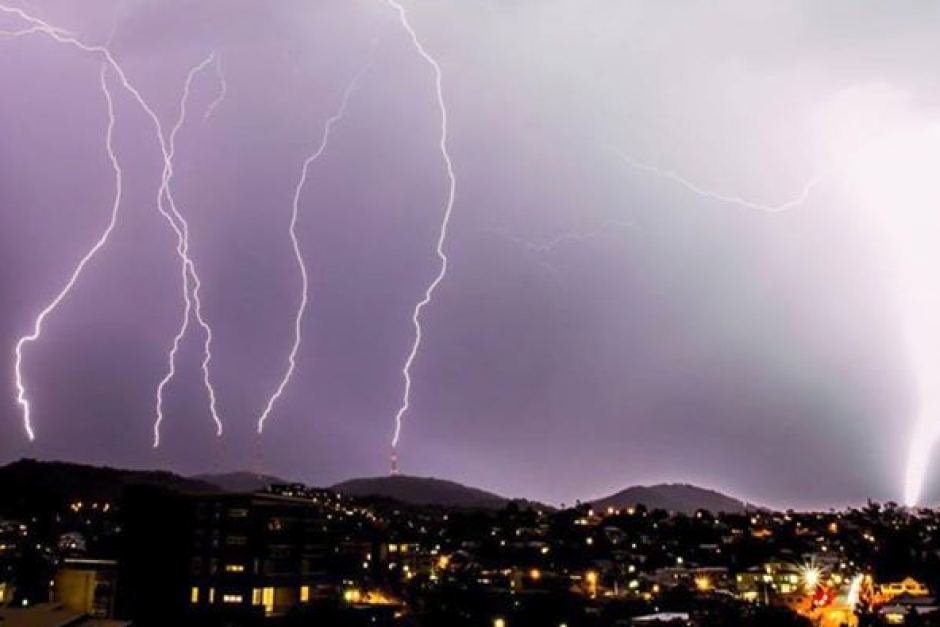 Queensland weather: Severe thunderstorm warning issued but Do Not panic

There is a high chance parts of Queensland will be hit by severe weather today, and there is the possibility of a supercell event, the Bureau of Meteorology (BoM) says.

Unstable and moist conditions are expected to bring storms from the north-west down to the south east this afternoon.

At 12:40pm, BoM issued a weather warning, saying thunderstorms had begun developing over the Darling Downs and Granite Belt.

"We're talking about storms that could possibly have some large hail, damaging to destructive wind gusts, and some very intense rainfall," she said.

"It's a day where you want to be alert and aware and keep up with the forecasts and look out for any warnings issued by the weather bureau."

Fellow BoM forecaster Michael Knepp told 612 ABC Brisbane the severity of the storms would depend on whether heavy clouds cleared.

"We have a fair bit of low cloud this morning ... about 500 feet above the surface. That could actually negate severe thunderstorms later on today," he said.

"We also have high cloud coming in from the west pushing through, and that too could negate storms today.

"If we get free of this low cloud, free of that high cloud … conditions will be right for severe thunderstorms later this afternoon."

'Residents shouldn't get caught up in hype'

Yesterday, the bureau did not rule out the possibility of a supercell thunderstorm occurring.

But this morning, Mr Knepp said the chance of supercell activity had been talked up by people outside the bureau.

"We probably shouldn't get caught up in the hype," he said.

What is a supercell?

"This sort of event's really been hyped-up by people outside the bureau … we've had days already this year just like today and these days haven't been hyped up at all.

"There is potential for severe storms, but it's not like one of the most amazing days I've ever seen, put it that way.

"There's potential we might not get supercells at all today, we might seeing storms develop fairly early and they just blob out into a big mess."

"For us to actually try and pinpoint today which locations might experience a supercell is extremely difficult," she said.

"If anyone tells you they can, I'm afraid I think they're not fully telling the truth.

"There is some environmental characteristics today that indicate a supercell may be possible ... but for point location forecasting, it really is quite challenging.

"It's really important to go to the source of weather information, which is the weather bureau."

Overnight, the Sunshine Coast received close to 10 per cent of the region's annual average rainfall.

"What we saw in last night's storms are what we call micro bursts of short duration heavy rainfall, so there could be significant rainfall in one location and virtually none in the next suburb – that's why it's important that everyone across the region is aware and prepared for the unstable weather conditions," he said.

"It's easy to be complacent when we haven't had severe weather for some time, but flash flooding, damaging winds and large hail are all very common with these types of thunderstorms."

Mr Andrew said the group would remain on alert until Sunday.

SEVERE thunderstorms threatening to thump almost half of Queensland’s eastern coast could happen at any moment, the Bureau of Meteorology says.