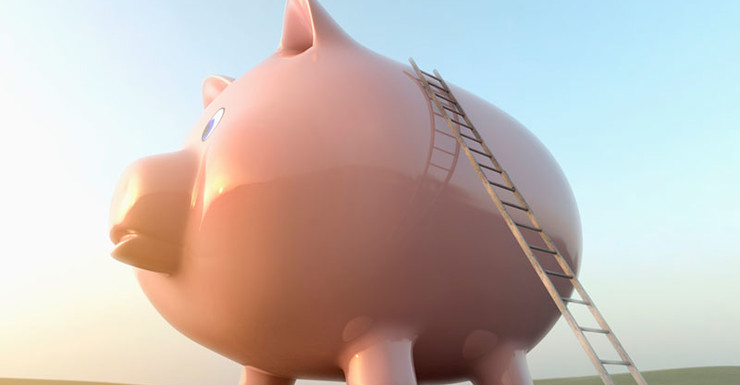 Paying off debts beats keeping cash in the bank

Six ideas to help keep you financially fit in 2016.

Saving money is generally a healthy thing to do, but stashing lots of it in the bank will not always deliver you the best long-term outcome.

With the most competitive savings accounts now offering interest returns of less than 3 per cent per annum, the incentive to save has rarely been so miserable.

In the prevailing low interest rate environment, consumers need to give careful thought to the most efficient strategies for building wealth in the long run.

Making yourself richer is not only about finding good returns – it is also about reducing the cost of managing your finances.

Average income earners can potentially save thousands of dollars every year by adapting their money management strategies to changes in interest rates and vigilantly monitoring the fees and charges they incur on financial transactions.

If you are one of the millions of Australians saddled with debt in the form of a home loan or a revolving credit card balance, the most effective strategy for building long-term wealth is to retire as much debt now while rates remain low.

Currently, the average rate on a standard variable mortgage is 4.85 per cent, which reflects the fact that the Reserve Bank’s cash rate is at an historic low of 2 per cent.

It won’t stay down there forever.

Home borrowers can take out some insurance against future rate rises by accelerating their loan repayments.

Every dollar you manage to shave from your loan principal means you are reducing the size of future interest repayments when rates climb higher.

If your goal is to increase your wealth in the long term, it can make a lot sense to retire debt, rather than leaving it all in a bank account earning little interest.

The same applies to people who habitually carry over credit card debt from one billing period to another.

In fact, it probably makes more sense to clear your credit card debt first before chipping away at your mortgage.

That’s because credit card debt is usually more expensive, with some cardholders exposed to interest rates above 20 per cent.

If balancing your budget is a frequent challenge, it is really important to protect yourself against revolving your credit card debt over two or more billing periods.

The best way to do that is to pick a low-rate credit card priced at below 10 per cent.

Most carry interest rates above 16 per cent, so the real value of any points you accumulate will skyrocket if you are unable to pay off your credit card debt at the end of every month.

Many rewards cards are also loaded with all sorts of fees.

This one is a no-brainer.

The Australian dollar fell 20 per cent against many foreign currencies in 2015 and is forecast to depreciate further against the US dollar and the Euro.

This means that if you are travelling to countries such as the United States or France, the purchasing power of your hard-earned Aussie dollars is 20 per cent less than a year ago.

If you need to take an extended holiday you are best to do it somewhere in Australia.

Review the pricing of your utility providers

While most of us have copped steady increases on gas and electricity bills in the past two years, research shows that only a minority of households are switching providers.

If you live in Queensland, NSW, South Australia, the ACT or Victoria you are able to switch to a cheaper power provider.

For a guide on how to do it visit the CHOICE website here.

If saving cash is proving difficult, a potentially useful strategy is to slightly pare back what you withdraw each time you visit an automatic teller.