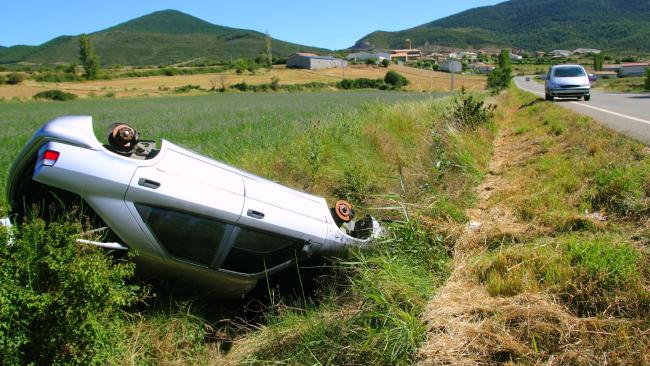 The national road toll has gone up for the first time in three years, prompting safety experts to call on authorities to look “beyond speed cameras” to reduce deaths.

Despite a record number of speed cameras, the road toll was the highest since 2012, when 1300 people died.

“We’ve got more cameras now than ever before and yet people still break the law,” said the CEO of the Australian Road Safety Foundation, Russell White.

“We need to look beyond speed cameras, they don’t detect bald tyres, drunk drivers, people not wearing seatbelts, and other poor driving behaviour.”

Mr White, who has been in “after-licence driver training” for 26 years and has taught thousands of drivers how to improve their safety behind the wheel, said “we won’t fix the road toll with enforcement alone”.

“It’s time for a shift in attitude,” said Mr White. “When it comes to learning how to drive a car, people get a basic preschool level of education and then authorities expect them to perform at university level on the road. You should never stop learning.”

He said it was a “miracle” the road toll was not higher than it is today.

“We see every day just how bad a lot of drivers are out there. It’s a miracle the road toll isn’t worse,” said Mr White. “The reason the road toll is not higher is because roads have improved and car safety has improved.”

Some states still do not require annual safety inspections on older cars.

The data shows that while deaths of 18 to 25s dropped by three per cent, the number of fatalities across other age groups has risen in the past 12 months.

The biggest increase, however, is for deaths of those aged over 65 (up by 9.3 per cent) and over 75 (up by 16.3 per cent), prompting renewed calls for older driver retesting at a younger age and across all states and territories.

Currently, only some states require driver retesting at the age of 85.

“No-one wants to take away the driving privileges of older drivers, but we do need to address this as the population ages, as cognitive ability starts to deteriorate,” said Mr White.