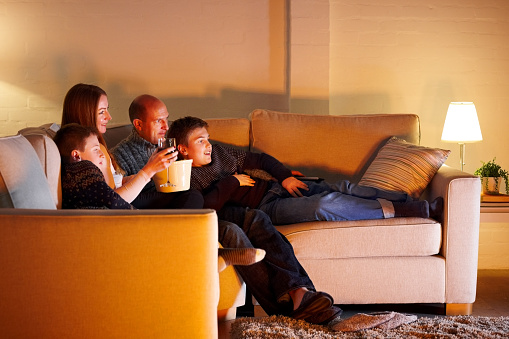 Netflix US have announced plans to block VPN services to stop geo-dodgers accessing the streaming service from outside the US.

Hundreds of thousands of Australians using a virtual private network (VPN) service to access Netflix US will soon be blocked from the service, following an announcement from Netflix Vice President of Content Delivery Architecture, David Fullagar.

In a blog post published January 14, Fullagar said, “in coming weeks, those using proxies and unblockers will only be able to access the service in the country where they currently are.”

The services Fullagar is referring to allow computer users to ‘dodge’ geo-blocking; a technical measure that prevents users outside a certain territory from accessing content and services to which they do not have rights.

Acknowledging the difficulties the company faces when entering a new territory – like infrastructure challenges, regional internet pricing and conflicts with local rights holders – Fullagar said, “we have a ways to go before we can offer people the same films and TV series everywhere”.

This announcement follows news last week that the company now offers its all-you-can-watch buffet of movies and television series in more than 130 countries around the world, and has increased the amount of supported languages to include Arabic, Korean, Simplified and Traditional Chinese.

At the same time, this new move indicates Netflix is under pressure from content partners worldwide, with Fullagar stating the company “will continue to respect and enforce content licensing by geographic location.”

Despite CEO Reed Hastings stating in a 2015 interview with Sky News Business that, “by having a great service in Australia there won’t be people who feel there is a need to go to a VPN,” the US version of Netflix offers a superior amount of movies and TV series to our local version – some sources estimating around five to six times more.

“Interesting that now that it suits Netflix, having gone global, they suddenly get concerned with geo-blocking,” said Langsford.

Mr Langsford has been quite vocal in the past regarding Netflix’s ambivalence to geo-dodgers, stating the company should, “come through the front door, invest and pay up for rights, don’t have a free ride off Australia”.

Now the US media giant has backflipped on VPN users, Langsford believes the long-overdue move could incentivise local users to look closer to home for a legitimate service.

“VPN users will understandably get annoyed and we expect some will now look at Australian options more closely,” said Langsford.

Those currently accessing Netflix US via VPN appear to have a matter of weeks before they can no longer access the service. It would be wise to cancel any subscription before this time, to prevent continued automatic credit card payments for the service.

The good news is that local streaming media services, Quickflix, Stan and Presto, offer free trial periods for new users, to help them determine the right service for their needs.

The local Australian content is sooooo limited and updated sooooo slowly that we ran out of movies within the first month. Without US access there is no point in remaining a user, nothing new (or very little) to watch. My experience of netflix is that the movies are not recent blockbusters, old ones, yes occasionally, but mostly 'b' grade and 'c' grade with the occasional little gem. But you have to plow through a lot of rubbish to find that gem. TV series are a better bet and its here that the US site give a much better range of choice. Don't know where we will go next but I can say it wont be Foxtel.

The only way to effectively combat geo-dodging is for content owners to stop treating Australians as second-class citizens there to be fleeced.