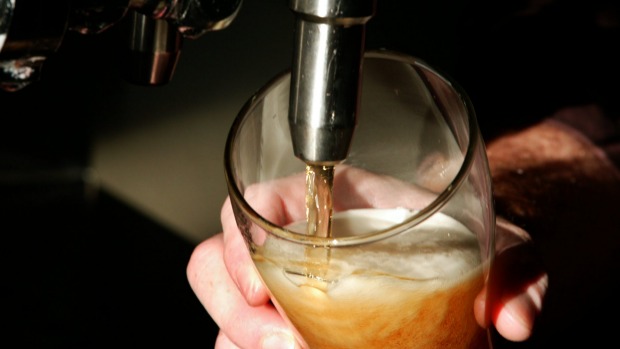 One in five people are consuming nearly three quarters of the alcohol sold in Australia, according to a report that claims the alcohol industry is dependent on risky drinkers.

The Foundation for Alcohol Research and Education has called for a boycott on public health researchers working with the alcohol industry due to what it believes is a vested commercial interest in ensuring that problem drinkers continue to drink at risky levels.

Its report is based on a July analysis by the Centre for Alcohol Policy Research, which broke down the distribution of alcohol consumption in Australia, according to national surveys.
Analysis shows alcohol consumption has dropped between 2001 and 2013 among all but the heaviest drinkers.

That analysis showed that alcohol consumption declined between 2001 and 2013 among all but the heaviest drinkers, who were consuming an ever greater proportion of beverages sold in Australia.

"The alcohol industry keep pointing to the fact that most people drink responsibly and maturely," Mr Thorn said.

"This data shows the group who are heaviest drinkers consume enormous quantities of alcohol.

"The alcohol industry is totally dependent on risky drinking."

A 2014 presentation to the drinks trade association, which was reported by the trade publication Liquor News, encouraged retailers to identify and target "super consumers".

Contacted on Tuesday, Mr Walton said his point was that alcohol brands needed to innovate and create new products, such as the introduction in the US of a female-friendly, low alcohol alternative to beer, Bud Lite Marga-Ritas.

"The super consumer was illustrative, but it was not about liquor and it was not about Australia and the whole goal was to say you have a choice in how you find growth for your brand," Mr Walton said.

"Our people are properly trained to ensure that people don't drink to excess," Mr Mott said.