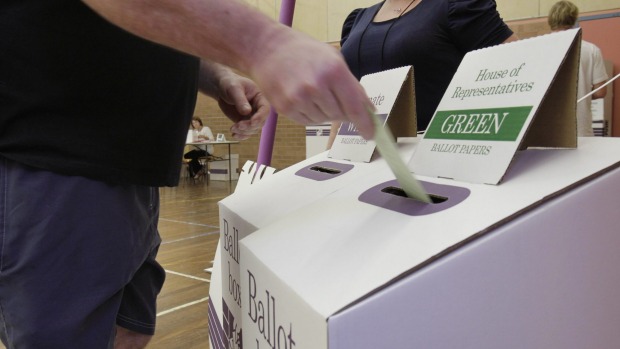 It pays to be up front Labor, Liberals and Greens fail to properly declare donations made during election year

Australia's major political parties failed to properly disclose $135,000 of donations made during an election year, including $40,000 made by a firm of corporate spin doctors.

Documents released overnight by the Australian Electoral Commission show Labor, the Liberals and Greens failed to declare the money during the 2013/14 financial year.

Failing to disclose donations can result in significant fines for the party and donor.

The documents reveal the Liberal Party's NSW division has only recently corrected details of a $40,000 contribution from corporate giant STW Communications.
Advertisement

A Liberals spokeswoman said the $40,000 donation "came from companies under the STW Communications" group but refused to say which ones.

The final report of the Royal Commission Into Trade Union Corruption found the donation had been made to a West Australian Labor federal election candidate to secure industrial peace in the maritime industry. It was never disclosed by Labor, or the company, and was only disclosed to the AEC on Thursday.

The Australian Greens also failed to declare a $15,000 donation from a regular supporter, the postcard advertising company Avant Card. Founder Pat Mackle describes herself as an avid fan of the Greens and has personally donated tens of thousands of dollars to the party in the past. The donation does not appear in any previous declarations for 2013/14.

Australia's First Nations Political Party only lodged its disclosure statement late last year. The AEC published the form overnight. It contains a $50,000 donation from its founder, Maurice Ryan, the grandson of famed Aboriginal activist Vincent Lingiari​. The due date for lodging the return was October 20, 2014.

The Victorian Liberals also updated their disclosures after providing the incorrect name and address for a development firm that donated $50,000.

Greens co-convenor Giz Watson said the 'oversight' came to light during an AEC audit. The Greens alerted the AEC to the problem, he added.

"We have implemented measures to ensure that these errors are not repeated in future annual returns."

Opposition Leader Bill Shorten came under fire last year after it emerged he failed to declare a political donation of about $40,000 from a labour hire company he received in the lead up to the 2007 election campaign.

Mr Shorten only corrected the record with the AEC days before giving evidence at the trade union royal commission.