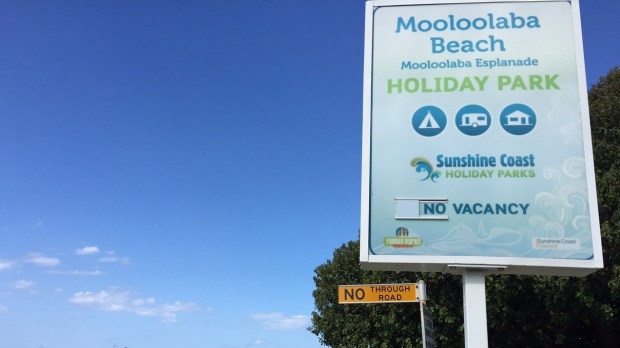 Heritage push in campaign to save Mooloolaba caravan park

The battle to have a landmark caravan park on the beach at Mooloolaba added to Queensland's heritage register and force a re-think of the multimillion-dollar facelift for Mooloolaba is quietly gathering a head of steam.

Seaside holidays are in our blood," Mr Eades said.

"They are quintessential Queensland experiences and some 650,000 Queenslanders stay in caravan parks around the state every year," he said.

On Monday, the Queensland Heritage Council said applications were judged on their individual merits and were not rejected because there were similar places on the register.

"Places are not excluded from the Queensland Heritage Register on the grounds that similar places have already been entered," a spokeswoman said.

"But places must threshold at state-level significance."

Fairfax Media last week reported that a group of campers and historians were trying to have Mooloolaba's caravan park also added to the Queensland Heritage Register.

The caravan park will be closed in 2017 as part of the Sunshine Coast Regional Council's well-researched, multimillion plan to re-shape Mooloolaba over the next 20 years.

Campers have gathered 3500 signatures and want to have the caravan park included on Queensland's Heritage Register and therefore protected.

Sunshine Coast councillor Greg Rogerson – who in December tried to have the Mooloolaba Caravan Park heritage-registered by the council – said the battle was not over.

He believes there is room for compromise; keeping a "heritage-listed caravan park", simply putting the planned walkway in front of the caravans and putting the camping spaces out to a ballot.

Plans to shift the caravan park make up a small section of the elaborate Placemaking Mooloolaba plan that also includes moving unpopular car parks on the Mooloolaba beachfront to provide open space.

Cr Rogerson said new councillors chosen at the council elections on March 19 could reverse the 7 to 4 vote in favour of the plan made in Sunshine Coast Regional Council in December 2015.

"They may see it differently. All you need is another two and you get it six to five the other way," Cr Rogerson said.

Mooloolaba-based councillor and deputy mayor Chris Thompson is standing down at the March 2016 elections.

One candidate for his division is former Reds and Wallabies coach John Connolly, who has lived across the road from the caravan park in North Wind apartments.

Mr Connolly said he did not want to pre-empt the votes of the public on March 19, but said if he was elected he would support a review of the decision if the caravan park was listed.

Mr Connolly said the revenue from the caravan park could help pay for projects in the division, reduce traffic in Alexandra Headlands and build toilet blocks in Kawana.

"It is a five-star spot there on the front and the revenue could be $2 million over the life of the council (four years)," he said.

"With $2 million we could fund a lot of community projects."

However Sunshine Coast Regional Council said it was "progressing" the plan to redevelop Mooloolaba and could not consider the hypothetical situation if the park was added to Queensland's Heritage Register.

"The concept of seeking heritage listing of the caravan park was raised by one particular councillor during the debate however council voted not to progress such an action," the spokeswoman said

"Should anything eventuate, we would consider it then on its merits. At this stage we are committed to progressing the detailed design development for the master plan with a view to commencing construction works in 2017."