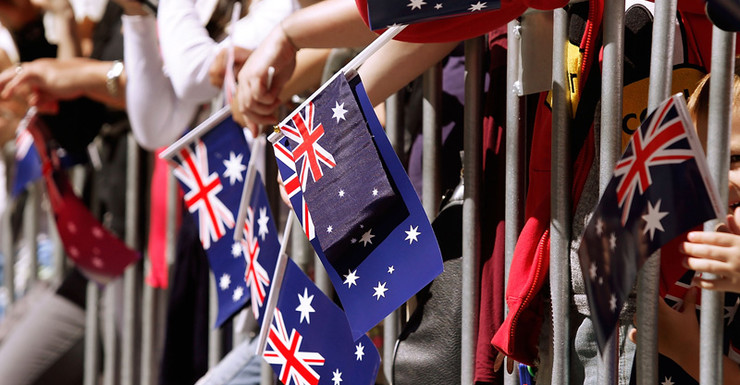 Australia Day sickies: heavy cost including respect for your peers and boss

Worker morale and the respect of your boss could take a hit.

If you wake up this Monday morning and contemplate texting your boss to ask for a “sickie” then think again – you are wasting millions of dollars and displaying a shocking attitude, experts have said.

Given Australia Day falls on a Tuesday this year Monday will be a day of working limbo caught between the weekend and the public holiday.

Experts are predicting bosses will receive an influx of sickie requests, something the Australian Chamber of Commerce and Industry said will cost the nation a staggering $62 million.

“Employees ‘chucking a sickie’ cause problems for co-workers and managers. Monday is a work day like any other. Businesses need to open, work needs to be done and rosters need to be properly staffed,” ACCI chief executive officer Kate Carnell said.

“The number of ‘sickies’ taken on Monday could be as high as 180,000. This costs employers about $62 million nationwide, and the headache of unexpectedly absent staff affects colleagues, customers and business owners.”

Ms Carnell argued that sick leave was only meant to be used for actual illness and that any other use of sick leave was “abusing the trust” of bosses and hindering the workplace for colleagues.

“Workplaces should operate on the basis of mutual respect and trust. Reasonable employers will not begrudge their staff having a well-earned break but it needs to be done the right way,” she said.

But could a Monday morning sickie mean more than lost money and efficiency for your work place?

Yes, according to some experts who believe making such a choice goes to the character and make-up of your workplace and bosses.

‘Sickie chuckers’ a ‘poor hire’ from a bad boss

Bosses, supervisors and managers need to look deeper into their workplace if they receive an influx of pre-Australia Day sickie requests, business mentor Mike Irving told The New Daily.

“If a person chucks a sickie on Monday, it is [because] their manager has not built a relationship with that person where there is an authentic bond and there is an understanding for teamwork and cooperation,” Mr Irving said.

“The other thing that it could be is that the person who is chucking the sickie has a poor attitude.

“They are not actually a good hire. The business has made a poor hire decision.”

Mr Irvine stressed that if a worker had pre-planned a day of annual leave for Monday that this demonstrated a good working relationship.

“They have communicated it to the boss, they have said ‘Hey, can I take a leave day on Monday as I’d really like the four days?’,” he said.

“That is open and honest communication with the boss.

“What I am talking about is the person who wakes up Monday morning and sends the text message and chucks a sickie.”

Hire for attitude, not experience

“Statistics show 50 per cent of new hires fail within the first 18 months in their role. Out of that, 80 per cent don’t work out becuase of attitudinal reasons.”

But he said the people in charge need to be aware of how their demeanour impacts staff satisfaction.

“People don’t leave jobs they leave managers,” Mr Irving said. “It is your conduct that determines how much they respect you. Gone are the days when people respect someone just because of a title or position.

And having a better relationship leads to a much happier, more relaxed workplace.

Earlier this month, trainer and owner of HR consultancy Chrysallis, Christine Litera, told The New Daily she encourages employers to make it easy for staff to take time off.

“Most individuals stockpile leave due to fear,” she said.

“Fear that they may be fired by requesting it, they will be looked over for promotions or that, should there be an emergency, their company will not look after them.”