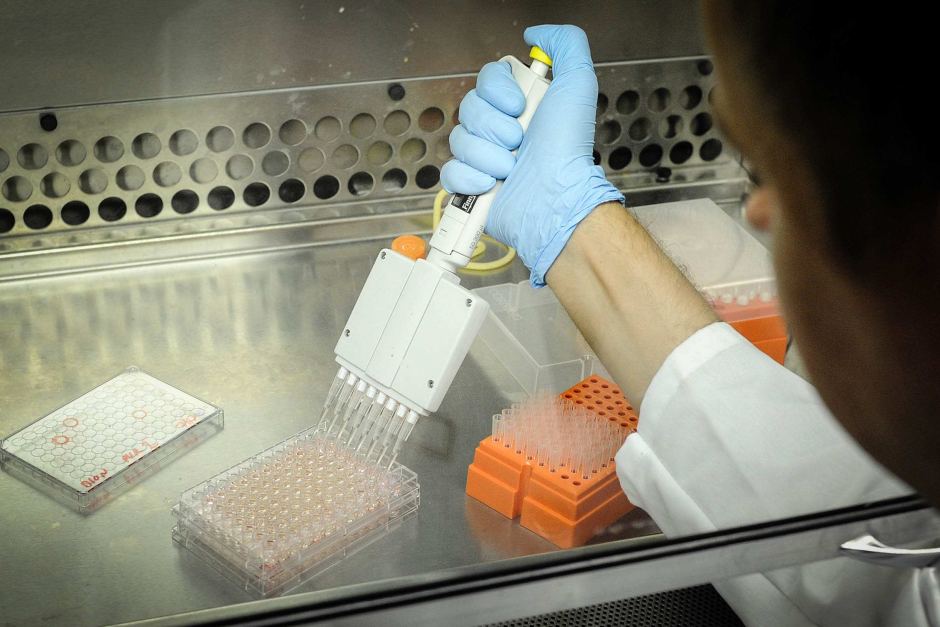 Australian researchers have made an accidental discovery which has the potential to halve the amount of time it takes for chronic wounds to heal, and save the healthcare system a lot of money.

The treatment of chronic wounds — wounds which do not heal within three months — costs the Australian health system billions of dollars a year.

Wounds cannot heal without a layer of cells called the extracellular matrix, a meshwork of proteins and carbohydrates that binds cells together or divides one tissue from another.

It provides structural support to the cells embedded within a tissue and guides their division, growth, and development, largely determining how a tissue looks and functions.

Dr Michael Samuel and his colleagues at the Centre for Cancer Biology in Adelaide were studying the extracellular matrix to find out more about cancer when they stumbled upon their discovery.

I can imagine it would be really useful to a lot of people and actually save a lot of health systems a lot of money.

It has the potential to help hundreds of thousands of people, including diabetes patients, who suffer from chronic wounds.

"They tend to not heal over for many months and some people actually have them for years," Dr Samuel explained.

"It's a major problem, because obviously it leads the body open to infection."

Dr Samuel and his team found a way to help restore the extracellular matrix and speed up wound healing by inhibiting a particular protein.

"We found that when a particular protein called 14-3-3 zeta was not present wounds healed a lot quicker in our models of wound healing," Dr Samuel said.

"And so we decided to go away and find out exactly why this is the case, and we worked out the mechanism by which this happens."

Dr Samuel found that the reason the wounds were healing faster was that when the 14-3-3 zeta was either not there, or inhibited using a pharmacological inhibiter, the scaffolding of cells was set up quicker to allow tissue regeneration.

The healing time of wounds was halved by the absence of the 14-3-3 zeta, Dr Samuel said.

"It's quite a significant difference," he said.

The team discovered the opposite of what they were expecting

The discovery took Dr Samuel and his team by surprise.

He said they had anticipated the absence of the 14-3-3 zeta would mean that wounds would take longer to heal, not speed up the process.

"It's actually one of those things where you have a hypothesis and you're testing it in several ways and often you find out that you weren't actually thinking along the right lines — that you discovered something quite the opposite," he said.

"But it's a surprising finding and that's why there's been a lot of interest in it in the academic field."

Dr Samuel says his research on mice raises hope that a cheap and easy to use treatment may be available for humans with chronic wounds in 5 to 10 years, and he now wants to work towards human trials.

"I can imagine it would be really useful to a lot of people and actually save a lot of health systems a lot of money."

The research will be published today in the scientific journal Developmental Cell.