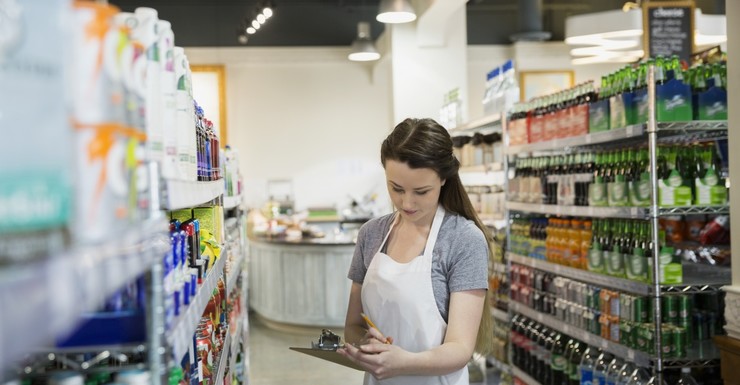 Unions slam the Turnbull government for refusing to rule out a controversial recommendation to cut retail and hospitality weekend penalty rates.

The report calls for Sunday rates to be brought into line with Saturday’s time-and-a-half payments in order to cater for “changing consumer preferences”, a suggestion unions say threatens the livelihoods of millions of Australians.

In a press conference on Monday, Employment Minister Michaelia Cash struck a preemptive blow against “scaremongering by Labor and the unions”, emphasising that the recommendations were made by an independent body and that it would be up to another independent body in the Fair Work Commission to implement any cut in penalty rates.

Nevertheless, she said the findings of the report would be “carefully considered” by the Turnbull government.

“If there is a case for sensible and fair changes to the Fair Work framework, these will be clearly outlined and they will be taken to the election and we will seek a mandate from the Australian people,” she said.

“We reject the concept that those working in retail and hospitality are somehow second-class citizens,” he said.

“The PM needs to come out and shut this down.

“What I want to know is how the Treasurer and the PM can worry about low wages growth and the impact that has on consumption and tax take, and reconcile that with proposals like this to cut wages.”

“It’s not good enough for him or his Minister, Michaelia Cash, to hide behind the Fair Work Commission,” he said.

ACTU Secretary Dave Oliver said that given wage growth was weak despite productivity sitting at a 25-year high, now was not the time for industrial relations reform that increased inequality.

“Make no mistake, if the Prime Minister accepts these recommendations, he will be starting the biggest industrial relations fight over workers’ pay and conditions since Work Choices,” he said.

Labor Shadow Minister for Employment Brendan O’Connor slammed the Turnbull government for refusing to rule out a cut to weekend penalty rates.

“If the government didn’t agree with the recommendation they would have said so,” he said.

“We usually have weddings, christenings, birthdays, sporting events, most often are on weekends, yet of course we have millions of Australians who work on those days providing services and goods to the bulk of Australians.

“They should be rewarded for the deprivation that they have insofar as spending time with their friends, their family, and others.”

Australian Retailers Association Executive Director Russell Zimmerman backed the report, arguing that a cut in penalty rates would allow retailers to compete in a 24/7 global marketplace.

“The recommendation that Sunday penalty rates for retailers should be aligned with Saturday rates is an important step in the recognition that rates are not currently viable for retailers,” he said.

The report, based on hundreds of submissions including from unions and business groups, also recommended reviews of apprenticeship and traineeship agreements, measures to stop the exploitation of migrant workers and changes to unfair dismissal laws.

Ms Cash said that the government was particularly interested in any recommendations that would facilitate growth in employment for young people and women.