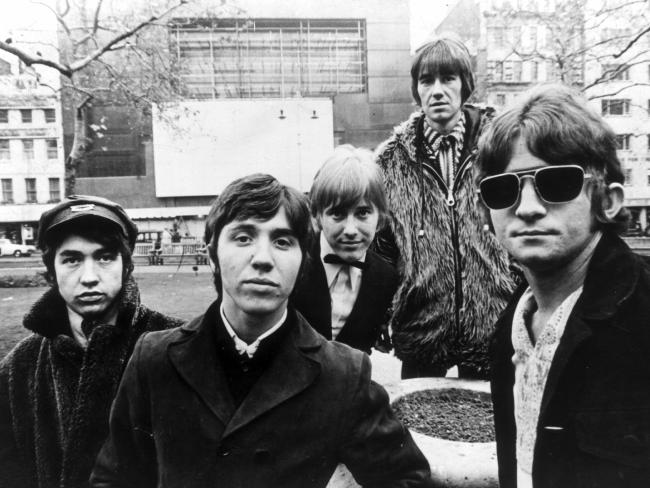 Stevie Wright, who fronted rock outfit The Easybeats in the 1960s and is widely regarded as Australia's first international pop star, has died at the age of 68.

The ARIA hall of famer became ill on Boxing Day and was taken to Moruya Hospital on the New South Wales south coast, where he died on Sunday night with his son Nick by his side.

Rock historian Glenn A Baker said Wright was a dynamo on stage.

"Stevie would hurl himself off stage he would catapult, he would somersault, it was an extraordinary thing to witness, he gave everything," he said.

Wright was born in Leeds, England in 1947, and migrated to Australia at the age of nine.

He could take any audience and absolutely slay them with his energy.

The band's hit Friday On My Mind was a huge success, reaching number one in Australia, number six in Britain and making it into the top 20 in the US.

The song was later covered by David Bowie on his Pin-Ups album.

They recorded several more hits including Sorry, She's So Fine, Wedding Ring, and Good Times, which was covered in the late-1990s by INXS and Jimmy Barnes.

The Easybeats broke up in 1969 and Wright became a top solo artist with his three-part epic Evie.

Wright went on to battle drug and alcohol addiction for two decades before settling on the NSW south coast.

He appeared on the ABC's Australian Story program nearly three years ago, when he spoke about the devastation caused by his long-term drug addictions.

He said if he had his time again, he "wouldn't pick up any hard drugs".

"It does destroy. Because it's all inside anyway, all, all the things in the mind and the power that you think the drugs are going to add to, and they don't at all, they take everything away," he said.

"Never touch hard drugs. You blow your marriage, blow your jobs, blow your friends. You can’t do that you know. It just doesn’t work."

In 2005 Wright was inducted into the ARIA Hall of Fame for his success with The Easybeats.

Wright's most recent performance was at the Legends of Rock Festival at Byron Bay in 2009.

David Albert, CEO of the The Easybeats' management company Alberts, said details were being finalised for a public service celebrating Wrights' life, with details to be released soon.

"Stevie will be sadly missed by all who knew him and countless more who did not know him but loved his music," Mr Albert said in a statement.

"We have lost one of Australia's greatest front men who has left an indelible mark on our musical landscape.

"He has always been a much-loved part of the Alberts family."

"The Easybeats were one of the most remarkable pop bands of their time, and I think probably recorded the definitive pop song of the era in Friday On My Mind," he said.

"Stevie was wonderful musician, a great songwriter," he said.

"He could take any audience and absolutely slay them with his energy.

"He lived a pretty rugged life at the end of it.

"Everybody knew he had some serious addictions that he had huge problems with, but I like to remember Stevie as he was when he was younger."

"Goodbye to a man who faced his demons and won," tweeted one fan.

"Sorry indeed. So much the soundtrack of my youth and so influential on this country's musical path. RIP Stevie," another wrote.

Musician Donna G wrote: "Vale Stevie Wright, a true Australian Rock Icon. Man, we will never forget you. Thank you for everything! Rest in peace, legend."