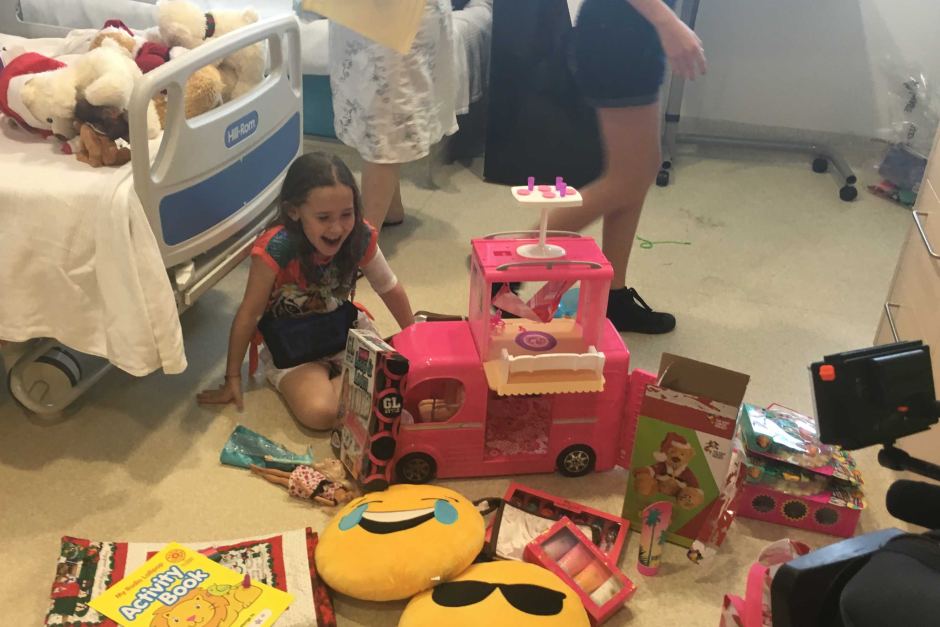 Santa Claus has taken a break from his round-the-world adventures to pay a visit to sick children at Brisbane's Lady Cilento Hospital.

Staff try to have most kids discharged for the day, however 143 were deemed too unwell to leave the hospital.

Santa and his elves dropped by this morning to deliver gifts to the children, some of whom are only months old.

Presents were also delivered to those in the emergency department.

The visit from the North Pole's most famous resident brightened the day of nine-year-old Kirra Davies, who suffers from cystic fibrosis.

Her mum Kelly said it was great to see her daughter enjoying the festive spirit.

"She didn't ask for much, as she could not get her wish of a cure for cystic fibrosis," she said.

"You never want to spend your Christmas in hospital.

"But this was nice, so the kids could see Santa."

The event was organised with the Children's Hospital Foundation.

Photo: Santa had some help from his elves as he toured the hospital. (ABC News: Isabella Higgins)
Source: ABC News