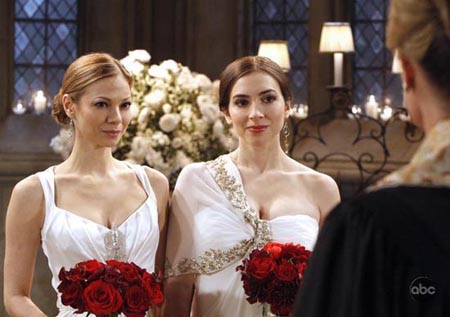 The Palaszczuk Government has restored civil partnership ceremonies in Queensland.

Attorney-General and Minister for Justice Yvette D’Ath said the Relationships (Civil Partnerships) and Other Acts Amendment Bill 2015 was passed by State Parliament today, paving the way for same-sex couples to have their partnership publicly recognised.

“I am proud to reinstate civil partnerships – restoring equality and fairness for all Queenslanders,” Mrs D’Ath said.

“This delivers on a vital election commitment to Queenslanders and restores the right of couples, regardless of their gender, to celebrate their relationship with a civil partnership ceremony.

“When it comes to the most important relationship in our lives, language and rituals are important. The changes in terminology in this Act restores the dignity and the respect that all of our loving relationships deserve, regardless of gender and sexuality.”

In 2011, the Government’s Civil Partnership Act 2011 introduced not only the relationship registration process, but also gave couples the opportunity to have an official ceremony, prior to registering the relationship as a civil partnership.

The following year, the ceremony provisions were scrapped and terminology changed so relationships would no longer be recognised as civil partnerships.

“I would like to make it clear to all Queensland couples, irrespective of gender, that this is your home and your state, and your relationships are valid and worthy of recognition and respect.

“We know there is more to acknowledging a relationship than assigning it a particular legal status or registration number.

“It is about making a formal commitment to our significant other in front of our loved ones, and celebrating the love and value we bring to each other’s lives.

“I am very proud to restore a choice for Queensland couples that should never have been taken away.”

Mrs D’Ath said the amendments will commence once a number of administrative matters took place, including the development of forms and guidelines; anda register of people who can perform civil partnership ceremonies made available on the Registry of Births, Deaths and Marriages website.

“There will be consultation on these administrative matters; and a communication strategy about the actual commencement date,” Mrs D’Ath said.

“The government listened to the range of perspectives through consultation with celebrant associations, lesbian, gay, bisexual, trans, intersex organisations, and religious and family groups.

“We acknowledge there is strong support, as well as opposition, from sections of the public, but we believe this is about doing what is fair, and supporting the equality and dignity of all Queenslanders.”