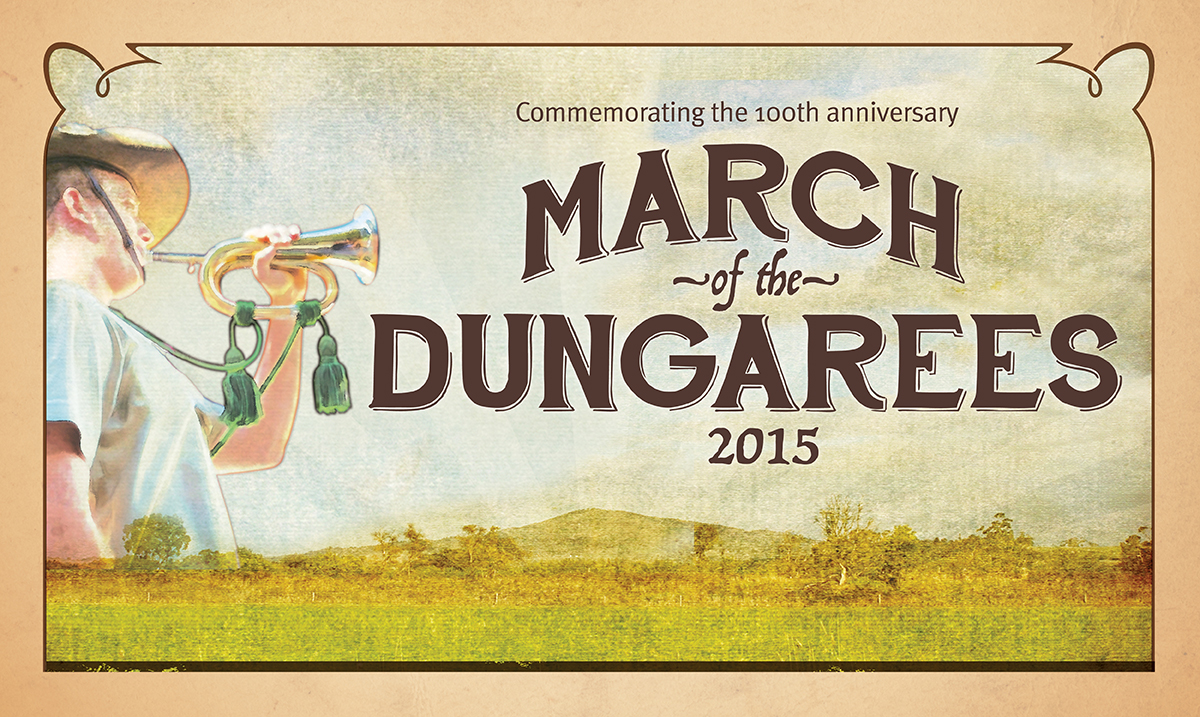 Retrace the steps of the March of the Dungarees

To commemorate the 100th anniversary of the March of the Dungarees, a new website has been launched giving Queenslanders the opportunity to take an online journey through an important chapter of the First World War.

The website, detailing the events of the recruitment march in 1915, comes just days before South East Queensland hosts the March of the Dungarees as part of the Anzac Centenary Commemoration.

Minister for Environment and Heritage Protection Dr Steven Miles said a re-enactment of the historic recruitment march would begin in Warwick on 12 December, involving cadets from the 139 Army Cadet Unit, and finish in Brisbane on 19 December.

“To commemorate 100 years since the original march, people will take to the roads and highways of South East Queensland in full period dress,” Dr Miles said.

“So all Queenslanders have the chance to relive the momentous March of the Dungarees, we’ve captured the stories online.

“People can trace the steps of the recruits who put their hand up to join the army in Queensland.

The March of the Dungarees was initiated to generate patriotism to support those men already serving at Gallipoli, which was experiencing heavy losses.

Recruitment marches were held throughout Australia – known as ‘Snowball’ marches for their ability to gather up men along the way.

The March of the Dungarees was held between 16 and 30 November, 1915. It included 28 young men at the onset, who went on a 239 kilometre march from Warwick to Brisbane via, Toowoomba, Laidley and Ipswich. The recruitment rallies along the way led the numbers to swell to 125 by the time they reached Brisbane on 30 November.

“The stories of regional town support and the level of commitment expressed by the recruits to join up are legendary,” Dr Miles said.

“This was a significant historical event in Queensland’s war history - the first march of its kind in the state during the First World War, and the second in Australia.

“From the click of a button, using your computer or mobile device, you will be able to learn about the historic recruiting march, the towns the young men visited, the support they received and the names of the men who enlisted to join the army.

“The link to their serial number enables people to view the entire war service history of every recruit – something that their descendants value highly.

“I encourage those who can’t attend the march to trace the journey electronically to remember the boldness, heroism and great courage these recruits displayed for the betterment of our nation.”