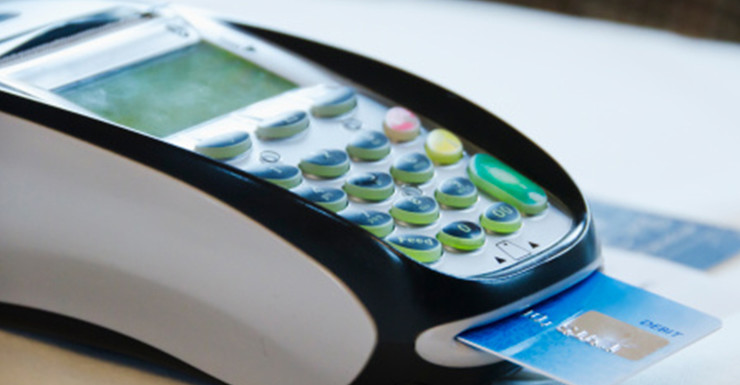 RBA lets banks off the hook on credit card fees

The Reserve Bank is tightening its rules, but consumers are unlikely to benefit.

The Reserve Bank of Australia has handed the major banks an early Christmas present, worth at least $500 million a year, after deciding not to cut the average interchange fee on credit card transactions.

The draft decision was announced on Thursday along with a string of planned reforms aimed at overhauling fees on credit and debit cards.

Consumer advocates were disappointed by the announcement because the RBA had been expected to force banks to slash so-called interchange fees on most credit card payments from 0.5 per cent to 0.3 per cent.

Such a move would bring Australia into line with European Union countries, which in March capped bank interchange fees on credit card purchases at 0.3 per cent of the value of consumer transactions.

While the RBA proposals are not yet set in stone, Australian consumers and small businesses are not likely to get the fee relief now being enjoyed by their European counterparts.

Although Australia’s peak consumer group CHOICE supports the direction of the RBA’s reform package, it is disappointed that the regulator was unable to bite the bullet on lowering fees.

“The package is heading in the right direction, but it is disappointing that the RBA has not gone the further step of reducing average interchange fees,” said CHOICE campaigns manager Erin Turner.

“The draft reforms on interchange are not as strong as we would have liked.”

Katherine Temple, a senior policy officer at the Consumer Action Law Centre, said the failure to cut the interchange fee meant that most ordinary Australians with standard credit cards would garner few benefits from the reforms.

“It’s a bit of a missed opportunity,” she said.

What are interchange fees?

Interchange fees are controversial because they are hidden in the online payments system.

Banks charge each other interchange fees when consumers use credit cards to pay retailers for goods and services.

The banks then pass on these costs to businesses through what are known as merchant service fees.

Consumers ultimately foot the bill for these fees when businesses surcharge customers who pay with credit cards.

In Australia, these surcharges are usually levied by retailers at around 0.5 per cent of the value of transactions.

The banks, which collect more than a billion dollars a year from these fees, were facing significant revenue hits if the fee rates had been cut.

While the RBA’s inaction is bad news for consumers, it is planning to introduce a ceiling of 0.8 per cent on merchant service fees from the current level of 2 per cent.

The RBA is hoping this might result in lower fees being passed on to consumers in the long term.

“Lower merchant service fees would be expected to lead over time to a slightly lower overall level of prices of final goods and services to consumers,” the regulator stated in its discussion paper.

Paying with a debit card to be cheaper

The good news is that the RBA proposals should make shopping slightly cheaper for consumers who use debit cards.

Bank interchange fees on debit card transactions are to be reduced to an average of eight cents per transaction from the current level of 12 cents.

Under the RBA proposals debit card fees cannot exceed 0.2 per cent of the value of a consumer transaction.

This should create an incentive for consumers to use debit cards over credit cards so long as the new surcharging rules are observed by merchants.

Under new laws introduced by the Turnbull government, the Australian Competition and Consumer Commission has been given additional powers to prevent retailers and other businesses from surcharging a “blended” or flat fee on customers using debit and credit cards.

The new rules mean that retailers caught levying the same fees on customers for credit and debit card transactions will be fined by the ACCC.

However small business lobby groups believe it will be very difficult for the competition regulator to take action against merchants.

“It is extremely difficult for merchants to distinguish between debit and credit cards – even a rocket scientist would struggle with it,” said Peter Strong of the Council of Small Business Australia.

“The ACCC won’t be able to police this.”