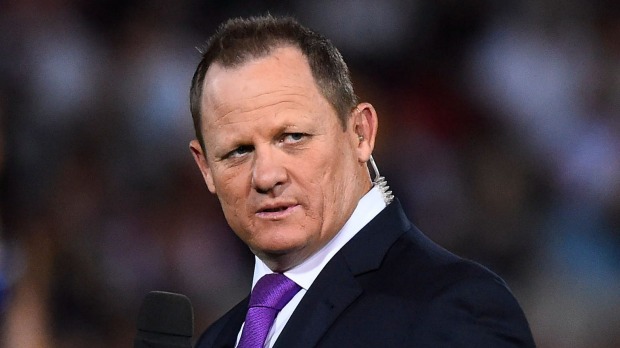 New Queensland State of Origin coach Kevin Walters has rejected suggestions players could be complacent after nine series wins in the past 10 years.

Walters was on Monday named the new Maroons coach to replace Mal Meninga, who has taken charge of the Kangaroos.

Speaking to ABC Radio on Tuesday, Walters said the players themselves were focused on maintaining winning ways.

"They've been the ones they want to continue to play well for their state," he said.

"They really want to get all the little things right and make sure that game night is that special [winning] feeling [for Queensland].

"They understand the responsibility of putting on that Maroons jersey, they're representing not only themselves and their families but the whole state.

"I think one of the areas where Mal has been terrific with this side is he's taken them out into the country towns, the bush towns and the people there have seen these players and they really do lift the spirits of these communities.

"They understand how important it is for them on game night to have a good performance and what it means to all of Queensland."

Walters said he was prepared for a close contest in his first Origin series in charge of the Maroons.

"It's going to be a tight old series next year against New South Wales," he said.

"They've made up plenty of ground in the last couple of years under the guidance of Laurie Daley."

Asked what he had learned from the coaches he had worked under, he said the player relationships Meninga and Wayne Bennett fostered had played a huge part in their success.

"[But] I suppose my career really did accelerate after my time under Craig Bellamy in Melbourne," he said.

"Craig Bellamy and Frank Ponissi and the coaching staff down there ... that really was a great time for me as a young coach coming through under those guys [at the Storm].

"Certainly learning from Mal [was important] because Origin is different from club-land, NRL-land. It really does have a different feel."

Walters also acknowledged the role Bennett had played in his life and career over the past three decades.

"It's been a long time, they've all been influential, all three over the path of my career.

"What I have learned over the last 15 years is that it's very important that I be myself.

"I'm not Wayne Bennett, I'm not Craig Bellamy and I'm certainly not Mal, he's too big for me Big Mal.

"But I've got to be my own man and my own person. What I need to focus on [is] what I can bring to the team."