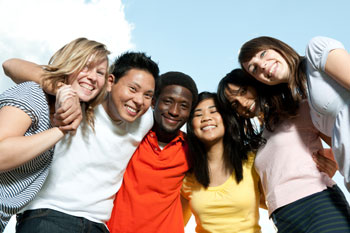 National Youth Week is set to blast off next year with grants now open for Queensland community organisations to host events and activities.

Minister for Youth, Shannon Fentiman, said grants of up to $1,500 were available for groups to host activities and events running from Friday 8 April to Sunday 17 April 2016.

“Young people will also have a chance to get involved in planning the week as National Youth Week Champions,” she said.

“We’re looking for nominations for five young people to have the opportunity to be involved in planning events and activities as part of the Queensland Planning Group. It is a great way to develop new skills and meet new people.

“The theme for 2016 is ‘Be the Future’ and this is a great way to engage with our young people and listen to what they have to say about Queensland’s future.

“It is also an opportunity to celebrate the leadership of our state’s young people who are taking action on issues they care about.

“As Minister for Youth, I have met some impressive young people who have raised their concerns with me over issues that matter to them, such as youth employment, tertiary education, climate change, and domestic and family violence.

“I encourage all of Queensland’s young people to stand up and have their say about their future at next year’s National Youth Week.”

Expressions of interest for young people aged 18 to 25 years from regional, remote and metropolitan Queensland to be part of the state’s National Youth Week Planning Group are open until Thursday 31 December 2015. National Youth Week Champions will be assigned a Youth and Community Program Coordinator from PCYC who will provide support and mentoring.

Nominees will be announced mid-January 2016.

The Queensland Government has provided PCYC with $50,000 to work with young people across the state to plan and deliver Youth Week events and activities.