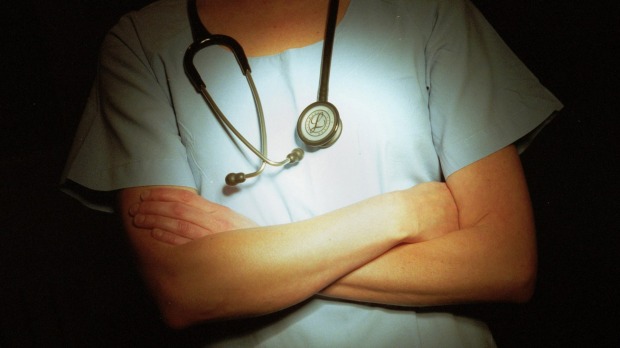 A blame game has erupted over shocking revelations that Queensland's nurses are regularly kicked, punched, spit on and worse.

But nothing has changed for the nurses and other hospital staff on the frontline.

Fairfax Media reported on Wednesday evening that 17 workers a week were being physically or verbally assaulted in four of Queensland's biggest hospitals, and key stakeholders were quick to blame each other on Thursday.

Opposition health spokesman Mark McArdle got in first, criticising the government and the nurses' union for "inaction, ineptitude or neglect".

He accused QNU bosses of being unaware of the problems and failing in their responsibility to nurses.

"When the severity of attacks in our hospitals are escalating the responsibility is on the nurses' union bosses to act in order to ensure the safety of their members," he said.

"QNU bosses are clearly too busy looking after themselves and playing factional games with the Labor Party to be taking concerns from nurses around Queensland."

The union wasted no time in hitting back, labelling Mr McArdle's attacks, which they said were directed at nurses and midwives themselves, as "insulting and ill-informed".

Queensland Nurses' Union secretary Beth Mohle said the union had approached Opposition Leader Lawrence Springborg three times about the issue when he was health minister in the Newman government and had "repeatedly lobbied" the former Director General of Health.

"However these calls for help were refused and the violence against nurses taskforce was denied," she said.

"The nurses, midwives and other carers who help our elderly, our mentally ill and who staff our emergency departments do not deserve to be blamed for the violence that occurs against them."

Almost 2700 hospital staff across formally lodged claims of verbal, physical or other assault from July 2012-2015, after being kicked, bitten, punched, verbally otherwise abused, and even having urine thrown on them.

They included security officers, pharmacists and doctors but nurses were the most commonly targeted and ended up with fractures, cuts and post-traumatic stress disorder and 251 staff made workers' compensation claims.

The union said the violence had become "normalised" in some areas.

Most of Queensland's 16 hospital and health services are responsible for their own safety procedures.

Health minister Cameron Dick said a government taskforce, launched at the end of November, was developing a statewide approach to hospital safety.

"The increasing level of violence against our nurses, doctors and healthcare workers is unacceptable," he said.

The Taskforce is due to report back in May 2016.