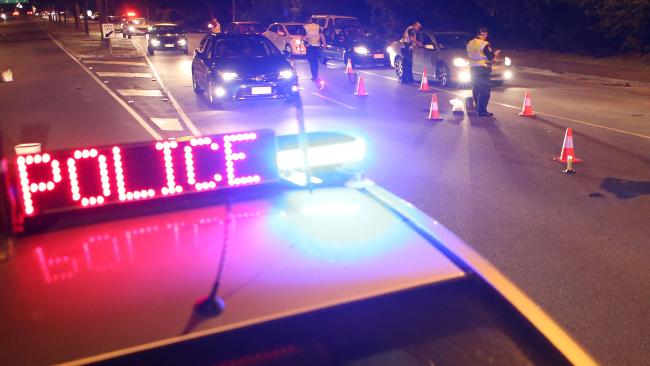 A senior police officer has been caught drink-driving north of Brisbane on Boxing Day, as police liken those who drive recklessly to “loading a machine gun”.

The 47-year-old senior constable, who works in Operations Support Command, blew 0.052 per cent when he was stopped for a random breath test at Woodford.

At this stage, the officer has not been stood down from official duty while the matter is being overviewed by the Ethical Standards Command. He will front Caboolture Magistrates Court on February 15.

It comes as police slam a motorbike rider who was caught doing more than twice the legal speed limit while doing a wheel stand on the Sunshine Coast on Boxing Day.

Despite four people dying on Queensland roads this Christmas period, the rider was detected doing 146km/h in a 70km/h zone at Warana.

A total of 92 people returned a positive random drug or alcohol test on Boxing Day throughout the state, and more than 3000 were caught speeding.

Inspector Peter Flanders of Road Policing Operations compared anyone deciding to drive recklessly or drunk to “loading a machine gun and walking down the street then deciding to pull the trigger”.