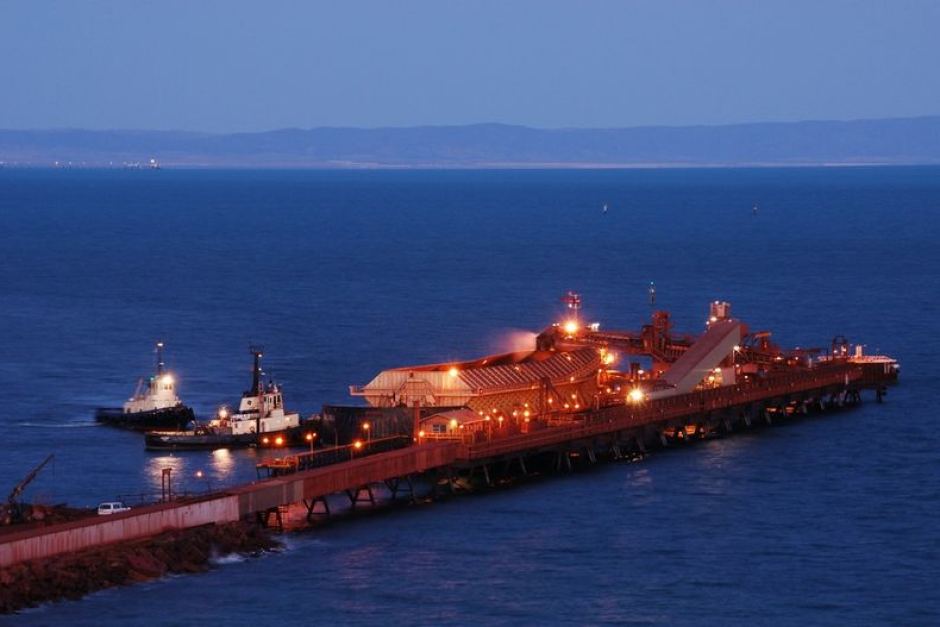 International trade deficit slumps 38pc to $3.3b in October

Australia's international trade has deteriorated dramatically, with the deficit blowing out by 38 per cent to $3.3 billion in October.

It is the largest monthly trade deficit since the weather-affected $3.5 billion deficit in June this year, and the fifth largest on record.

The result was driven by a $829 million drop in exports, while imports remained flat.

The blow-out surprised the market which had forecast a fairly flat result in line with September's $2.4 billion seasonally-adjusted deficit.

The fall in exports was driven by an unexpectedly poor performance in the value of commodity shipments, with both prices and volumes showing weakness.

Iron ore exports fell by $366 million or 6 per cent, while the value of metal shipments tumbled 16 per cent.

Both the value and volume of iron ore exports to the key China market fell in October.

Overall the China iron ore trade fell by 15 per cent — or $426 million — on the back of an 11 per cent decline in volumes and a 4 per cent price drop.

Rural exports also went backwards, with the value of grain shipments falling 10 per cent and meat down 4 per cent.

The figures represent a poor start to the fourth quarter's current account data, which flows directly into the next GDP reading.

Australia's better than expected third quarter economic growth of 0.9 per cent was driven by a strong 5.4 per cent pick-up in net exports.

JP Morgan's Tom Kennedy said the weakness was across the board.

"Australia's monthly port data indicates October's unimpressive export growth was a combination of both price and volume weakness, and is consistent with the idea that the bumper net trade contribution in yesterday's GDP data is unlikely to be repeated," Mr Kennedy said.

The blow-out supports the view that the Australian dollar is still too high to support strong growth commodity exports.

RBC's Michael Turner said the Australian dollar has been moving in the "wrong" direction and putting commodity prices such as iron ore under greater pressure.

"The peak-to-trough move in the Australian dollar price of iron ore since September has been an eye-catching 33 per cent, while the dollar against the US dollar is up 2.4 per cent over the same period but, more importantly, the nominal trade-weighted index is up 4.5 per cent," Mr Turner said.