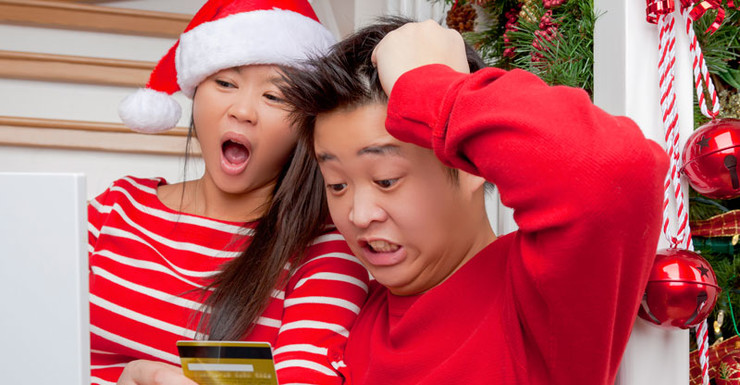 How to avoid the retail traps at Christmas time

Christmas is coming and with it a shopping season that many retailers use to turn their year into a profitable one.

But if you think they merely arrange their wares on the shelf and let consumers do the rest, you are mistaken. There is art, science and psychology at work to convince you to open your wallet and give generously to their bottom line.

You won’t be surprised to learn that credit card companies are standing at the front of the queue ready to offer irresistible deals, with finance industry insiders reporting a recent spike in interest-free promotional offers.

A survey from creditcardfinder.com.au found a sharp increase in the number of zero per cent interest rate offers put out by credit card providers this year – up from 20 cards in 2014 to 44 in 2015, with some waiving interest fees for 15 months.

Although it equated to a saving if paid off in time, when the period expired many reverted to interest rates of between 19 per cent and 20 per cent per annum.

CHOICE spokesman Tom Godfrey told The New Daily that interest-free offers were a “common trick” around Christmas, but were a “gateway to burgeoning debt”.

“[Retailers] don’t want the fact that you don’t have a lot of savings to stop you spending at their stores,” Mr Godfrey said.

Creditcardfinder.com.au consumer advocate Bessie Hassan said they had never seen so many interest-free deals, which indicated increased competition “to win over new customers”.

But interest-free periods on credit cards are not the only promotional strategy to approach with caution this Christmas.

It is hard for shoppers to pass a ‘sale’ sign – especially if it is red.

In 2011, researchers at the University of Rochester found humans reacted faster and more forcefully to the colour red, knowledge which was factored into retail tactics.

It baited people into the store, as did ‘limited time’ offers, Business Insider reported.

In his book Priceless, William Poundstone explains ‘behavioural pricing’ using the example of a US homewares chain that was struggling to sell a $279 breadmaker.

“They later added a somewhat bigger model, pricing it at $429. Guess what happened? The $429 model was a flop, but sales of the $279 model nearly doubled.”

Mr Poundstone writes that the more expensive model served to make the original model seem like a bargain.

Mr Poundstone says adding a higher price point, despite nobody buying the more expensive one, increases the price consumers are willing to pay for a similar product.

Christmas was a time of giving, and eating, which saw some retailers team up with celebrity chefs to drive sales and profits.

“This is a time where our food shopping focuses on exclusive brands and premium quality, not everyday low prices,” Gary Mortimer, Senior Lecturer at QUT Business School.

Further, placing an array of colourful fresh food at the entrance to a store promoted spending, according to Business Insider, as it put shoppers in a good mood.

Similar to Easter in the supermarkets, retailers were keen to sow the seeds of Christmas spending as early as possible.

In department stores like Myer and David Jones this year, decorations and gift ideas went up on September 1.

Mr Mortimer said this was “more about signalling than selling”.

“While no one is buying decorations, trees or ornaments in September … if your shoppers are talking about your store … they will most likely be coming back to see you in November,” he said.

Many products can now be found online, providing consumers with the ability to easily compare these prices to those on the shelves.

Retailers maximise on traditional interpretations of the Christmas experience – like “crowded shopping malls, carols, gift wrapping, decorations and lights” rather than a laptop and couch – to drive in-store sales.

“Retailers know their customers are checking prices first before walking through their doors, so price matching has become an important competitive tactic,” Mr Mortimer said.