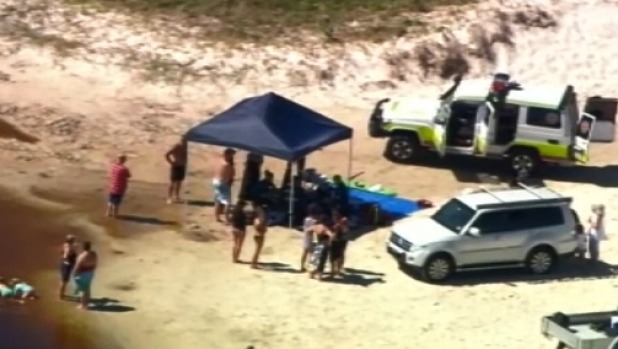 Girl, 4, airlifted to hospital in critical condition after near drowning at Bribie Island

A young girl has been airlifted to hospital in a critical condition after being pulled from the water on Bribie Island on Sunday.

It is understood the four-year-old girl was pulled from the water on the eastern side of Bribie Island, just north of Brisbane, at about 1.39pm.

Bystanders performed CPR on the young girl, whose heart and breathing had stopped, while they waited for paramedics to arrive.

Emergency crews managed to get her heartbeat and breathing back, however the girl remained unconscious.
Advertisement

It took 20 minutes of CPR in total to get the young girl's heart beating again.

She was airlifted to Lady Cilento Children's Hospital in Brisbane in a critical condition.