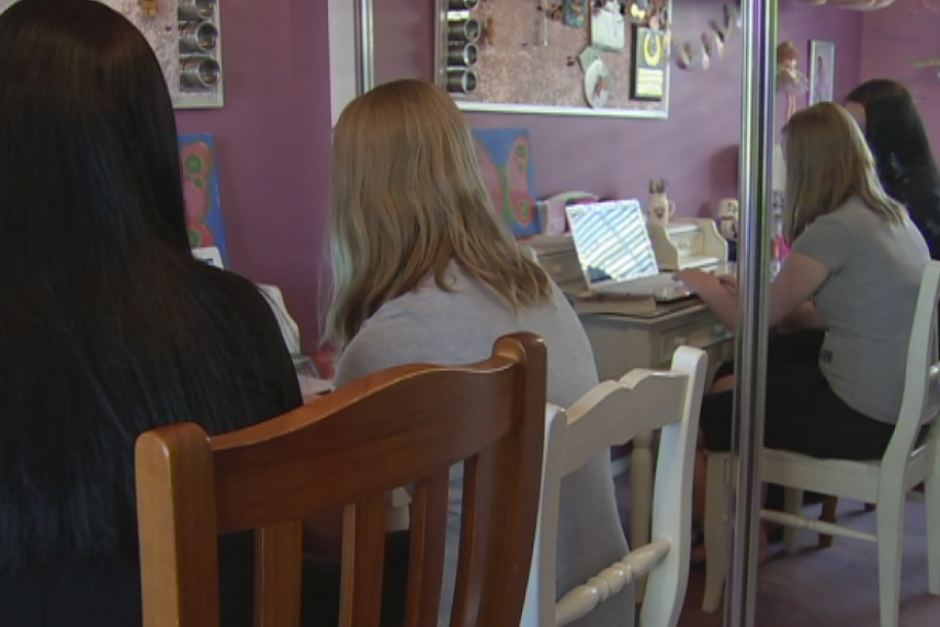 Disability 'apartheid' exists in Australia as community 'looks for the wheelchair', Dignity for Disability MP says

Australia has created a type of apartheid in its treatment of people with a disability, the country's first Dignity for Disability MP says.

Kelly Vincent, who was elected to South Australia's Upper House in 2010, says the community's treatment of people is largely dependent on whether a disability is visible or not and is present in the health and education systems.

"It is almost like a sense of apartheid," she said.

"There's a sense of differentiation between two people even though they may have nearly identical experiences.

"There tends to be quite a vitriolic reaction when people whose disabilities or health conditions may not be visible try to access the same services as those of us with a visible disability."

Ms Vincent said people tend to "look for the wheelchair" when it comes to disability.

The MP has been chairing a parliamentary inquiry into the experiences of students with a disability.

The Cook family of Adelaide told the inquiry of their experience of how the health and education systems react differently to disability and illness.

The family has a unique insight, thanks to a son who had leukaemia, and daughter with a rare type of epilepsy.

James Cook said his son was 20 months old when he was diagnosed.

"As daunting as it was, it was pretty good," he said.

"Everything was set out really well, as much of a shock as it was we actually took away some information we understood what was about to happen and what the process was about to be.

"There were doctors and social workers present."

Mr Cook said it was a huge contrast to his daughter's diagnosis with electrical status epilepticus during slow-wave sleep (ESESS).

His daughter's seizures occur during sleep, affecting only her brain, and therefore not showing any visible effects.

"It's been a bit of a different journey," he said.

"She was just put on generic medication, she had no testing to see where the cause or what the effect was.

"They just kept changing her medication to see what would work."

Mr Cook said the differences in how the health system responded to his children is neatly summed up by the time it took to get each child a healthcare card.

"We got a healthcare card in under a month of him being diagnosed with leukaemia.

"For my daughter, it took us about two years.

"You see epilepsy isn't seen as a disability even though it affects their life a great deal."

Ms Vincent said SA is the only Australian state not to recognise epilepsy as a disability.

She said changing the regulations would address many of the practical problems experienced by families like the Cooks.

"The Cook family's experience really speaks to a discrepancy into how we respond to different conditions and different labels."

Nowhere, Ms Vincent says, is that more evident than in the education system.

Mr Cook said they have now chosen to home-school their daughter after she experienced bullying in both public and private schools.

"We'd really like her to have that experience, to have contact with kids her own age, but it just hasn't worked," he said.

"At one school a few kids were throwing food at her and the schools reaction was 'oh well, there's not much we can do about it'."

The final straw for the family came last year in a private school.

An over-zealous teacher put up information notices around the school, alerting staff and students to the girl's name, her condition and her photo.

Mr Cook said the school was asked to keep their daughter's condition private because of bullying in a previous school.

"We were gutted because it was a lot of information and it was personal information that had been put out there and that wasn't fair on her."

Ms Vincent believes the school should have known better.

"I would be very shocked if there was any school in the state that didn't have a policy in place that said it's not appropriate to share a student's information without their consent," she said.

"The school probably acted with a good heart, but it's incredibly misguided."

The MP cannot say the same of some of the other stories of failure she has heard in the inquiry.

"The committee has been hearing some very, I have to say, horrific allegations where at best students are not supported to reach their potential and at worst they are blatantly mistreated, abused and neglected," Ms Vincent said.