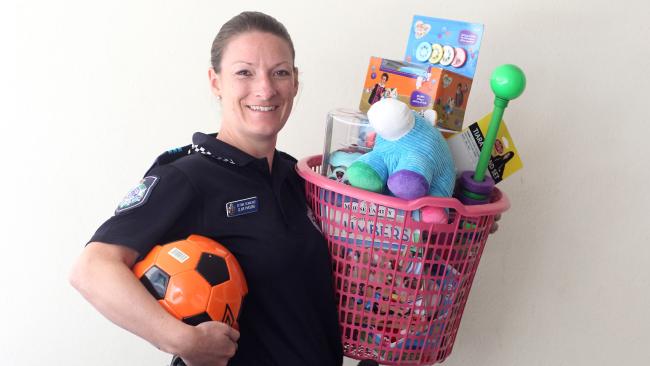 Caboolture police say they have been overwhelmed by the generosity of the community for their Christmas Domestic Violence Appeal.

Police have been collecting donations of Christmas presents, food and toiletries to create hampers to be donated to families affected by domestic violence over the Christmas period.

It is the first year that police have become involved with the drive, which has been run by Caboolture Regional Domestic Violence Services for more than 10 years.

“By police getting involved, it is 30 more hampers for families than they otherwise would have had,” Sgt Parsons said.

“Christmas is a tough time for families and this was a way to assist families who require support.

“Domestic violence has been in the spotlight this year and we’ve had more families come forward over the year who need support.”

Many of the hampers go to families who have been displaced due to domestic violence, forced to flee their homes and leave all their ­belongings.

“For some families, these hampers mean they can have a Christmas. It would not have happened otherwise,” Sgt Parsons said.