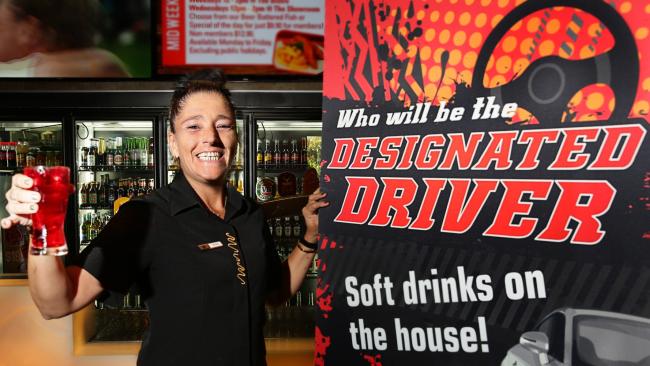 Licensed venues around Caboolture are doing their part to ensure our roads stay safe this Christmas.

For the sixth year in a row, patrons at participating venues can register as a designated driver and receive free soft drink for the duration of the night.

The program was first introduced to Moreton Bay in 2009 and its success has seen it spread to other areas of southeast Queensland.

“We want to encourage and reward designated drivers to ensure they transport their friends home in a safe manner,” he said.

Meanwhile, police have promised to be out and about in force over the Christmas period to ensure roads stay safe.

Phase one of the Christmas Road Safety Campaign was launched on December 11, with phases two and three to continue throughout December and January.

“We will also be targeting drug driving and motorists should prepare for the fact that they could be drug tested as well,” Snr-Sgt Wakerley said.

He said police were very supportive of designated driver programs at local ­venues and encouraged those partying over the holidays to plan ahead.

“It is the same message every Christmas ... We hope the community will head what we say in relation to drink and drug driving,” he said.

“Police will be very proactive on the road both day and night.”