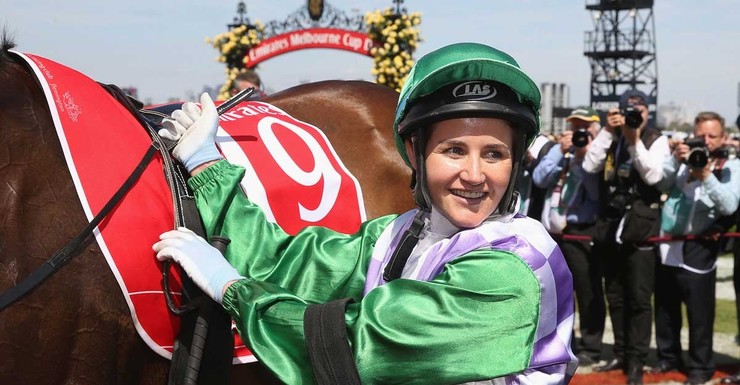 Grief, joy, heartbreak and disgrace – these are the sporting moments that mattered.

There’s never a dull year in sport, but 2015 was one of the most dramatic we’ve ever seen.

The overwhelming low point came in early July, when the news broke in Adelaide that first-year Crows coach Phil Walsh had been found dead in his home.

His son Cy has since been charged with his murder.

Walsh had been a breath of fresh air to the AFL coaching scene, and his thoughts on the game and the madness of the footy world made a pleasant change from the usual lines trotted out.

Just a week before his death, he compared his Adelaide Crows to the Vincent van Gogh painting ‘Sunflowers’.

He was robbed of the chance to paint a masterpiece as a senior coach, but his legacy lived on as Adelaide charged into the finals.

There were plenty of positive sporting stories to come out of 2015 too.

Australia won the Cricket World Cup in a canter over New Zealand, Mick Fanning incredibly survived a close encounter with a large shark with the only injury to his psyche, and the Socceroos captured the Asian Cup on home soil.

In the AFL, the West Coast Eagles made an improbable charge to the AFL Grand Final under second-year coach Adam Simpson, but they were brutally exposed on the first Saturday in October by a Hawthorn side who lifted their third successive flag.

Here are our experts’ takes on the moments that mattered in 2015.

The Matildas took us somewhere we haven’t been before – a win in the knockout stage of a Football World Cup. We cheered, danced and woke up the neighbours. The 1-0 win over Brazil was a beautiful and exhilarating moment in what’s been a magnificent year for Australian sportswomen.

The repetitive and racist booing of Adam Goodes will go down as a shameful chapter in Australian history. Goodes is a champion in every sense of the word. I hope he continues to stand up for what’s right.

This one had it all. The All Blacks stormed to the front and then the Wallabies came back only to fall short. The final whistle marked the end for All Black greats McCaw, Carter, Nonu and Smith. They showed how to win with grace and dignity, and the Wallabies were just as good in defeat.

Low: The FIFA and IAAF scandals

That FIFA officials now face charges under a US law designed to deal with the Mafia, suggests a great deal about how this Zurich-based ‘mob’ conducts business. The IAAF is up there with them. The covering up of systemic doping by athletes, corrupt practices that extended to the former IAAF president, Lamine Diack, and the suspension of the All-Russian Athletics Federation suggests international athletics has got deep-seated problems.

It was between Michelle Payne’s tremendous achievement of becoming the first female jockey to win the Melbourne Cup, aboard the rank outsider Prince Of Penzance, or Jason Day’s maiden major win at the PGA Championship. In the end I gave it to Michelle by a short half head.

Hird’s tearful exit from the footy club he once defined and that, in turn, defined him was another sad chapter in the seemingly endless ASAGA. Let’s hope the handing down of the Court of Arbitration for Sport’s decision on WADA’s appeal brings an end to the whole sorry mess.

The year didn’t get any better than the Socceroos’ win in the Asian Cup in January. Ange Postecoglou’s squad defied the immense pressure that came with hosting the event to pull off our most significant football moment since that draw with Croatia at the 2006 World Cup.

It’s hard to go past our appalling effort with the bat in Nottinghamshire – bowled out for just 60 with an Ashes series in the balance is a bitter pill. Stuart Broad, that most disliked of English seamers, taking 8-15 on the opening morning was about as bad as it gets.

After the disappointment of the Ashes loss, the Wallabies gave Australia sweet revenge with a comprehensive 33-13 thumping of the host nation at Twickenham. Bernard Foley was supreme for Australia, scoring two tries and kicking 18 points.

Kyrgios’ deplorable comment made to Wawrinka was an undoubted low in what has been a troubled career to date. He managed to harm the reputation of an innocent party (Donna Vekic), betray the confidence of a friend (Thanasi Kokkinakis) and insult a worthy opponent in one fell, bone-headed, swoop.

Johnathan Thurston’s conversion that cannoned off the post, sending the NRL Grand Final into extra-time was about as white hot as sport gets. The excruciating tension as JT lined up the kick and the contrasting raw emotions on both sides after he missed was pure sporting theatre.

The saga involving Karmichael Hunt tarnished the start of the three main footy codes’ respective competitions and dragged some of Australian sport’s most prominent athletes into an ugly spotlight.

The first bell sounding in the Floyd Mayweather Jr/Manny Pacquiao fight was a sound many fight fans had given up on ever hearing. The excitement quickly dissipated after a few rounds of rather tepid action, but for that moment at least it was a whole lot of fun to be a boxing fan again.

Judd’s ruptured anterior cruciate ligament against the Adelaide Crows. It was a cruel way to bring the curtain down on one of the all-time great AFL careers. In his pomp, Judd could turn a game in 10 minutes, and he deserved to call it a day on his own terms. A sad end to what was a fairytale career.

When the final siren blew in the 2015 AFL Grand Final, the Hawks firmly entrenched themselves among the greatest VFL/AFL teams of all-time with their third consecutive premiership. In this day and age – when equalisation and salary caps are meant to level the playing field – the 46-point win over West Coast continued a truly remarkable era under Alastair Clarkson.

Not so much a low, as more of a letdown. The undisputed queen of women’s tennis, on track for a calendar-year Grand Slam, went into the US Open as the hottest of favourites. But Williams didn’t count on running into a scorching Roberta Vinci in the semi-final, with the unseeded Italian spoiling her shot at immortality.