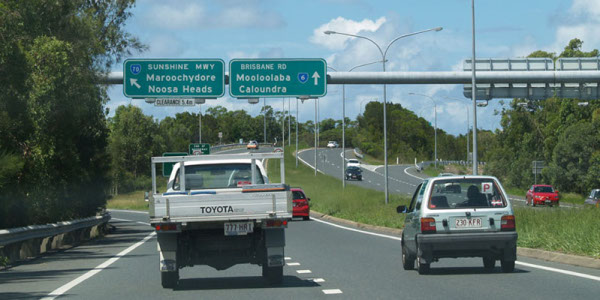 A Sunshine Coast safety first starts this week, with the installation of a series of electronic Variable Speed Limit Signs (VSLS) on the Sunshine Motorway.

Minister for Main Roads and Road Safety Mark Bailey said the new electronic signs would enhance driver safety and traffic flow, while reducing congestion and crashes on the busy road.

The frequency of rear-end crashes on the Sunshine Motorway was one of the main drivers for the project, Mr Bailey said.

This is a $2.4 million investment by the Palaszczuk Government to improve safety for the 40,0000 motorists and their families who use the Sunshine Motorway each day.

The signs span almost 4.6 kilometres and will operate around the clock assisting motorists coping with vehicle breakdowns and congestion.

Sixty-five per cent of all incidents on this road in the past eight years were reported as rear-end crashes, with the majority of these occurring during peak traffic periods.

The Variable Speed Limit Signs will be installed on the motorways eastbound carriageway between Tanawha Tourist Drive and Kawana Way.

The signs will be the first of their kind for the Sunshine Coast, following their roll out on roads and tunnels in Queenslands metropolitan areas including the Pacific, Ipswich, Gateway and Centenary motorways, as well as the Clem7 tunnel.

The speed limits shown on the electronic signs will be legally enforceable and motorists are urged to obey the posted speed limit," Mr Bailey said.

Transport and Main Roads Traffic Management Centres will monitor CCTV footage of real-time conditions and alter the speed limits in the interests of safety.