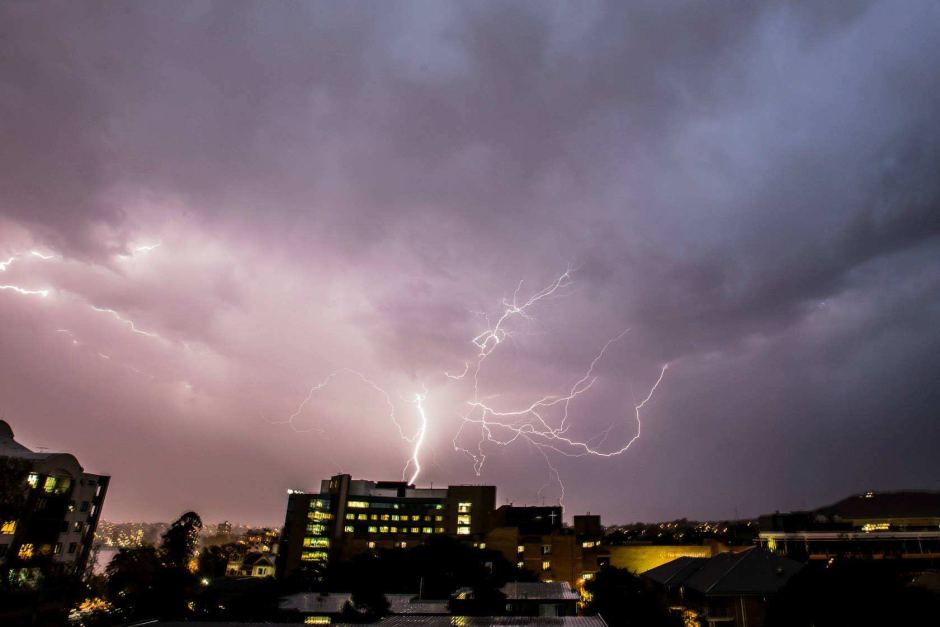 South-east Queensland residents are being urged to prepare their families and homes for four days of possible thunderstorms beginning this Friday.

The Bureau of Meteorology says there is a chance of thunderstorms every day between Friday and Monday in Brisbane.

It follows a month of increased storm activity, including one storm in late October that resulted in several houses losing their roofs at Fernvale, west of the city.

This week, golf-ball sized hail was dumped on Stanthorpe in the Granite Belt during an afternoon storm that recorded more than 28,000 lightning strikes across south-east Queensland.

The same storm damaged crops and uprooted trees across the Darling Downs.

"Storms can strike at any time of day and floodwaters can rise with little notice," Mr Dole said.

"Prepare now before the next storm strikes by cleaning backyards and gutters, and checking roofs.

"Full gutters can cause rainwater to back up into eaves, putting strain on your roof and causing leaks in heavy downpours.

"For tiled roofs, ensure there are no damaged, cracked or lifting tiles. For tin roofs, check for lifted or rusted nails or sheets of loose tin that might leak or lift off in strong winds."

Mr Dole said all households should have an emergency kit, and all family members should knew their emergency plan.

"An emergency kit contains essential items that you and other household members may need during and after a severe weather event. It should be able to sustain you and your family for at least three days," he said.

"An emergency plan should include the specific needs of all family members and outline the steps they should take in an emergency situation."

Mr Dole also urged residents to consider how they could help themselves before calling the SES after a severe weather event.

"Residents need to be responsible for their own general maintenance and upkeep at home," he said.

"If they are unable to perform the necessary work they should reach out to family or friends, or employ a contractor to ensure their home is prepared for a disaster."