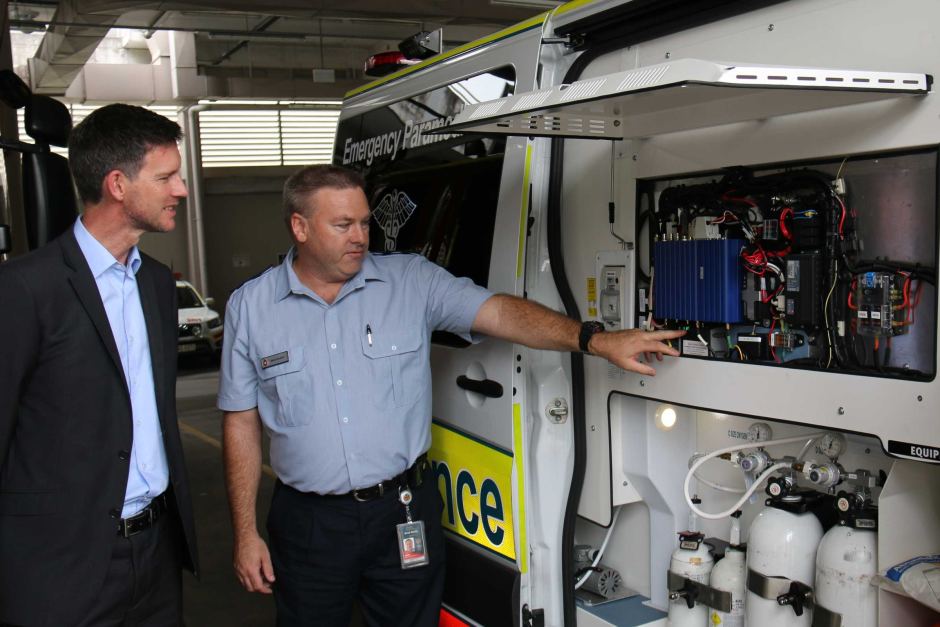 New technology for Queensland's fire trucks and ambulances will give them green light priority at intersections when travelling to emergency situations throughout Brisbane and major regional centres.

Emergency Vehicle Priority (EVP) provides a green light signal to approaching emergency vehicles when safe to do so.

The technology has already been installed at more than 800 intersections, and in 215 ambulances and 69 fire trucks across the state.

The reality is this saves seconds, and seconds do count. Some report it's up to 20 per cent quicker to get to incidents and that's significant.

Over the next four years, a further 1,600 intersections and nearly 700 emergency vehicles will put fitted with the devices at a cost of $13.5 million.

Queensland Ambulance Service (QAS) and Queensland Fire and Emergency Services (QFES) have welcomed the rollout of the technology, which they say has already cut travel time by up to 20 per cent in some instances.

Main Roads and Road Safety Minister Mark Bailey said he believed the technology to be an Australian-first.

"It's a fantastic program. We're looking to do nearly 1,000 new intersections over next couples of years and 680 emergency vehicles," he said.

"It's an innovative project of high tech application, we get more out of our road network ... this is the way of the future."

The rollout will begin next year in Mackay and Toowoomba before being progressive rolled out to Gladstone, Rocky, Harvey Bay, Maryborough, Cairns and the Sunshine Coast.

The technology is already in place on the Gold Coast, Bundaberg and Townsville where earlier versions were trialled as far back as 2009.

'This saves seconds, and seconds do count'

"They've said they're noticing green lights more often and finding that peak hour traffic where we'd have a long fight through traffic and through red lights is starting to flow quite well," he said.

"I think it's wonderful technology ... in a field of practice where seconds can be the difference between a life or death this technology is wonderful."

Mr Hardy said navigating Brisbane traffic at any time of day could be "extremely difficult".

"Peak hour is certainly our biggest issue and traffic starts to bank up ... it can come to a stand still," he said.

"Sometimes we need to look at where we can find another ambulance because we're stuck in traffic regardless of lights and sirens.

"This technology will certainly help through peak hour. It may not move as fast as you'd hope but at least they're going to have a great light and have that constant flow of traffic in front of you."

"The reality is this saves seconds, and seconds do count. Some report it's up to 20 per cent quicker to get to incidents and that's significant," he said.

Deputy commissioner Roche said the QFES have talked to other states about just how helpful the technology has been so far.

"I'm confident this will not just go Australia-wide, but international."