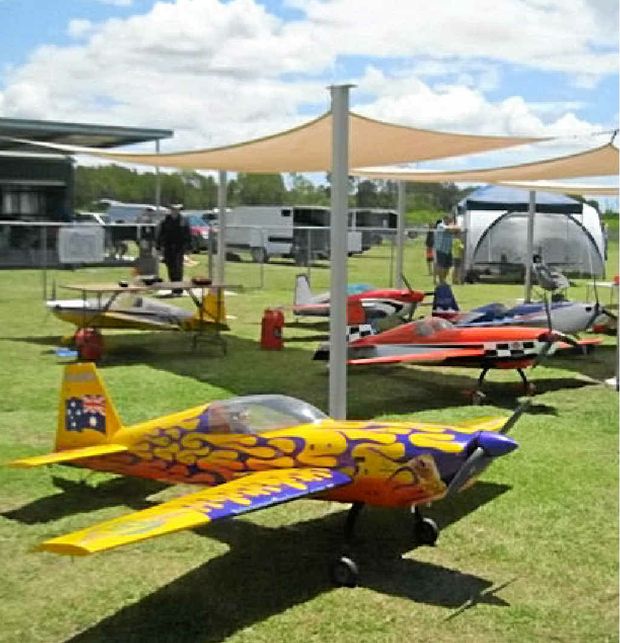 The event, run by the Sports Aeromodellers Association Moreton Bay Region (SAAMBR), welcomed miniature aeroplane users who put their models through a series of twists and flips to wow the judges.

Some entrants travelled from as far as Central Queensland to the Morayfield grounds to compete in the event held last weekend.

Association event coordinator Dan Imhoff said that the meeting was a great way for people to prepare for the upcoming national event.

"In three weeks' time we have Nationals in Maryborough, so it's a good event for the guys to hone their skills in the lead-up to that event," he said.

Any model aircraft that can perform basic aerobatic manoeuvres can compete in the event.

"Competitors have to complete 10 manoeuvres per sequence and you fly two sequences per flight,'' Mr Imhoff said.

"So they have to do 20 manoeuvres in total."

Mr Imhoff, a commercial pilot for Tiger Air, said that the weekend was a success.

"The feedback from the pilots and those who attended was that it was huge success - as a club we got a pat on the back as people were saying it was one of the best events that has been held on the 2015 calendar."

Over 100 people attended the exclusive weekend, which was made up of members, their guests and event officials. The club will host public events in the coming months and are already planning to make the aerobatics competition an annual event