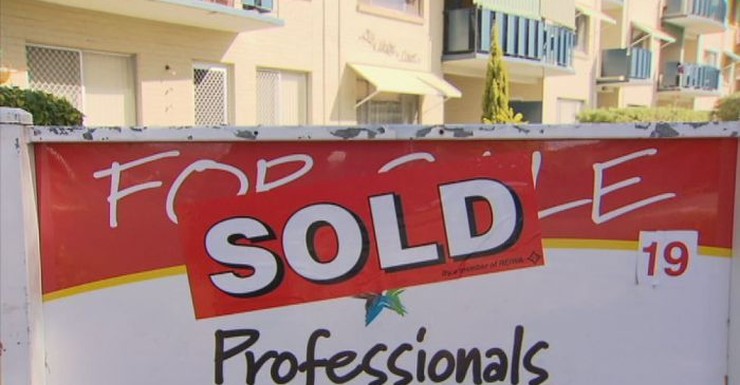 The pace of house price growth across Australia moderated last month, with a small rise recorded across the major capital cities.

Adelaide and Canberra recorded the best price growth, with values in each city rising by 1.5 per cent.

Perth was the worst performing capital city, with home values falling 2.8 per cent.

Research director at CoreLogic RP Data, Tim Lawless, said even the hottest markets in Sydney and Melbourne were starting to ease off.

"Values are still rising, but not quite at the same pace as what we were seeing previously," he said.

"In Melbourne, we've seen values rise by 0.6 per cent over the month of October and over the past three months, they're up by 3.1 per cent.

"So it's interesting to see Melbourne now out-performing Sydney over the past three months."

Brisbane home values fell by 0.2 per cent in the month, and Darwin prices eased by 0.1 per cent, while Hobart values were up 1.4 per cent.

Mr Lawless said a combination of higher bank interest rates, tougher lending standards and a greater supply of homes was driving the moderation in home prices.

"We've got banks moving mortgage rates higher, but also we've seen premiums being placed on investor rates as well, so investors are now paying roughly about 30 basis points more than what an owner-occupier will," he said.

"Add to that the amount of new supply coming into the market place - that's adding some dampening pressures and finally, very low rental yields, so I think that's a further disincentive."

Mr Lawless said that with the major banks implementing an out-of-cycle interest rate rise last month, there were no guarantees that any official cut to the cash rate at tomorrow's Reserve Bank board meeting, would be passed on to customers.

"If we do see a rates cut, then we probably will see some lowering of mortgage rates, but not the full 25 basis point cut," he said.

There was further evidence the housing sector may have peaked with residential building approvals in September recording only a partial recovery from the steep decline in August.

Building approvals rose 2.2 per cent, while the August figure was revised down further from a 6.9 per cent fall to an even larger 9.5 per cent decline.

The overall trend in approvals has now fallen slightly for five months and was down 0.2 per cent in the September quarter.

However, total approvals still remain at a fairly robust 227,000 per year.

Citi economist Paul Brennan said it was notable high-rise apartment approvals ? which had driven the super cycle in activity ? had started to decline.

While high-density housing approvals were up more than 50 per cent on an annualised basis, they essentially flatlined in the past quarter.

Another trend that has started to emerge is an unusually large gap that opened up between approvals and starts.

"It could be that capacity constraints are limiting the ability of the industry to undertake more projects," Mr Brennan said.

"But, it could also be that builders and developers are responding to the early signs of softer demand and deciding not to proceed with previously approved developments."

He said cooling house prices and slowing approval growth did not mean a downturn was imminent, but the risks were building.

"All the drivers of the housing upswing are pointing in the one direction, and that is for an easing in prices and activity," Mr Brennan said.