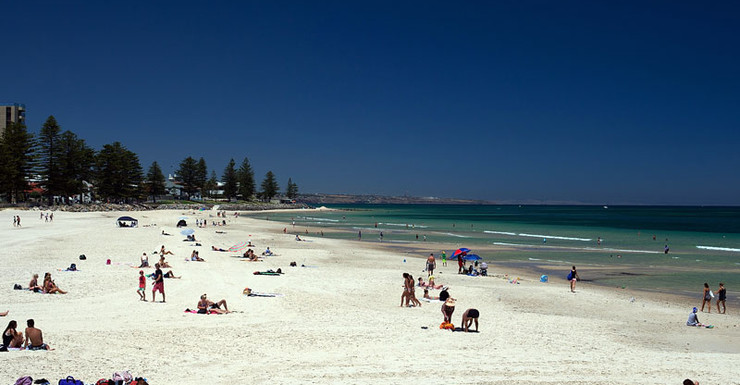 Australia is set for a hot, hot start to summer with the Bureau of Meteorology forecasting extreme conditions across parts of the nation.

Watching the weather forecast on Monday night you could have been forgiven for thinking it was February. It’s still two weeks until the official start of summer but Mother Nature is keen to get on with it.

This week, Sydney is forecast to hit 39 degrees on Friday, with some suburbs expected to surpass 40 degrees. Melbourne will reach the mid 30s on Thursday.

In fact, Weatherzone reports: “South Australia is set to heat up significantly this week with much of the state on track for its hottest spell since summer and hottest November spell in six years.”

Adelaide is forecast to hit 38 on Wednesday. Canberra and Darwin will see the temperature gauge peak in the mid 30s.

Meanwhile, Lake Mungo in central southern NSW is tipped to hit 44 degrees on Thursday, while Oodnadatta in South Australia could reach 44 that day.

Makes you hot just thinking about it. Maybe we should all move to Hobart, where the top temperature this week will be a comfortable 25 degrees.

The scorching temperatures from Tuesday will be caused by a large high pressure system moving east across the country from Western Australia.

Severe heatwave conditions are first predicted for the western Top End on Tuesday, rising to severe in some parts on Wednesday.

By Saturday large areas of the Top End and the Kimberley are expected to experience severe heatwave conditions.

Low intensity to severe heatwaves are tipped to continue into the weekend in Queensland and north-east NSW, after beginning to rise earlier in the week.

Darwin will be hit the hardest of all the capital cities receiving temperatures around 35 degrees Celsius until Sunday.

It said there was potential for some places, particularly in western suburbs, to see their first 40-degree day since last year.