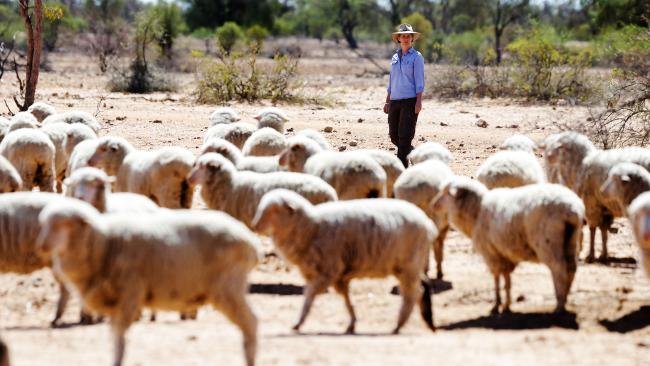 Climatic conditions are expected to worsen as the strongest El Nino in 17 years intensifies, forecasters warn.

Rapidly changing conditions have forced Bureau of Meteorology staff to revise the seasonal forecast, tipping October to December to be drier than previously estimated.

It comes as drought worsens across the country.

Climate prediction manager Andrew Watkins said last months forecast had been revamped because of sea surface cooling in waters to Australias northwest. When cooling occurred, it reinforced the impact of the Pacific Oceans El Nino.

Since we released the climate outlook, there has been a significant shift toward a drier October for much of Australia,? Dr Watkins said. We have been watching the waters to Australias northwest for signs of sea surface cooling that could reinforce the impact of the current strong El Nino.

We are now seeing these signs and their impact.

Dr Watkins said it would be drier and hotter right across the continent.

It comes as the bureau finds that September rainfall across the nation was the third driest on record.

Rainfall deficiencies have increased in severity from Cape York Peninsula through central Queensland into parts of central southern Queensland and northern NSW, west of the Great Dividing Range.

He said Australia was grappling with a new fire world, following the trend towards drying and warming for more than 40 years.